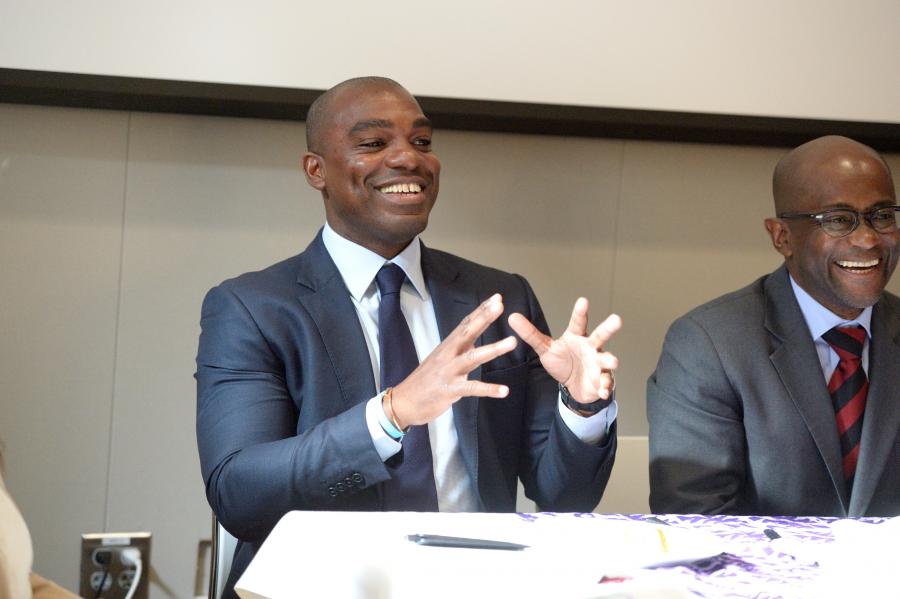 Zandre Campos, CEO of ABO Capital, a leading international investment firm headquartered in Angola, announced today that fifteen students from Complexo Escolar Privado Internacional (CEPI), travelled to Oswego, N.Y. to attend the GENIUS International High School Project Olympiad at the State University of New York at Oswego. GENIUS Olympiad took place from June 12 through June 17 and provided secondary school students with opportunities to develop the skills and knowledge needed to be citizens, leaders, scientists, artists, writers, engineers, and policy makers of the future who will promote and contribute to greater environmental sustainability.

“This was an amazing opportunity and learning experience for the students,” said Mr. Campos. “I was happy to support the students on this trip because it is crucial to empower young people and provide them with outstanding educational opportunities. An educated workforce will help Africa to develop new industries and strengthen its economy.”

A sample of the projects presented include:

Two students hypothesized that Kiabo, or okra, has properties that would benefit the immune system of HIV positive patients. The students found that along with the use of an antiretroviral, Kiabo allows HIV patients to maintain a good lifestyle. Kiabo is an immunity booster, helps prevent anemia and can act as a respiratory soother. The students are going to continue the research with Hospital Esperança, Luanda.

Students developed a robot, named Hope-Bot, to show that robots can be used to benefit the environment. Using simple plastic Lego pieces, some small motors and sensors, a robot was built to identify trash. The Hope-Bot was able to identify different colored cubes and put them into different colored containers to represent recycling.

ABO Capital recently announced the purchase of CEPI, an award-winning school that provides education excellence for pre-school through high school students. Education is a key focus of Mr. Campos and ABO Capital plans to open up three additional schools in the near future.

“After speaking to several of the students who attended the GENIUS Olympiad I am excited to follow their educational careers because I believe they all have very bright futures and will make a difference in Africa,” added Mr. Campos.

ABO Capital, formerly Angola Capital Investments, is an international investment firm that invests in companies in the healthcare, technology, energy, transportation, hospitality and real estate sectors throughout Africa. The mission of ABO Capital is to create global value for developing countries in Africa while contributing to their economic development.