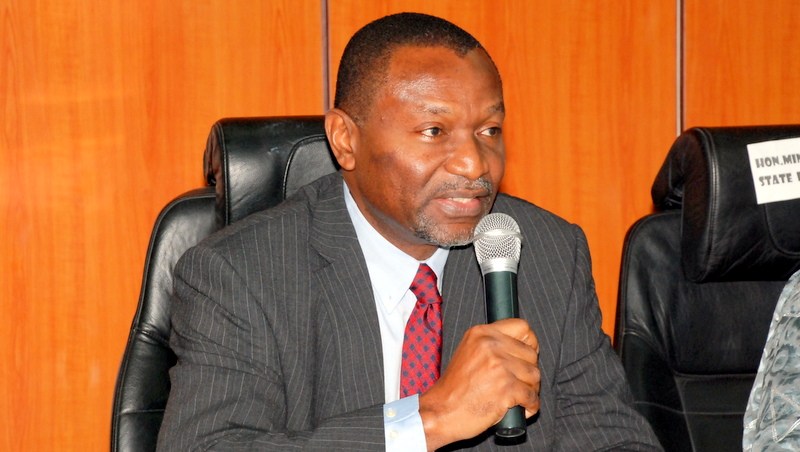 The Minister of Budget and National Planning, Senator Udo Udoma, has expressed appreciation to foreign investors for the interest they continue to show in Nigeria and their willingness to spread the good news about the investment opportunities in the country.

Udoma expressed appreciation to the foreign investors in his opening remarks at an investors’ roundtable at the United Nations General Assembly meeting in New York.

According to the ministry, key foreign investors, who met at various meetings with the Nigerian government delegation at the event expressed interest in scaling up investment in the country, saying Nigeria was still the best investment destination in Africa with enormous natural and human resources.

The roundtable meeting was held under the auspices of the Business Council for International Understanding, a statement signed by the Special Adviser to the Minister on Media, Akpandem James, indicated on Friday.

Udoma said President Muhammadu Buhari had promised that he would restore peace in the troubled zones of the country, fight corruption and grow the economy.

“The Buhari administration has worked hard to ensure that those election promises are fulfilled,” he stated.

He added that the Economic Recovery and Growth Plan was anchored on partnership with the private sector, with the government helping to create the enabling environment.

“There is no cause for investors to worry about next year’s general elections, as there will be no slowdown in the implementation of government programmes and policies in the period leading up to the elections. The ERGP is a medium-term economic blueprint, which runs through 2020,” the minister said.

The Finance Minister, Mrs Zainab Ahmed, explained that significant progress had been made with the implementation of policy initiatives of the government, saying that this had resulted in the stabilisation of the country’s currency; consistent downward trending in inflation; increased foreign reserves; fiscal discipline in government; and a commitment to creating a conducive business environment.