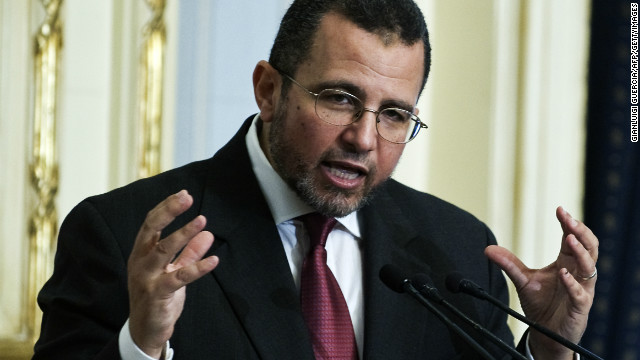 Qandil had been sentenced by a court to one year in prison for contempt. It said he failed to carry out a ruling to nationalize a private company while he served under now-deposed President Mohamed Morsy.

Qandil was a little-known water minister who became the nation’s youngest prime minister when Morsy picked him for the position in July 2012.

Morsy, backed by the Muslim Brotherhood and the nation’s first democratically elected president, was forced out of office in July, 2013, with detractors saying he was a tyrant trying to impose conservative values.

Morsy is in custody, facing charges of incitement to murder in connection with protests against his rule last December. He has refused to recognize the court.

The interim Egyptian government has cracked down on the Muslim Brotherhood, and in September a court ruled the group’s activities are illegal.

The military and police have detained large numbers of Brotherhood officials and supporters since the Morsy’s ouster.