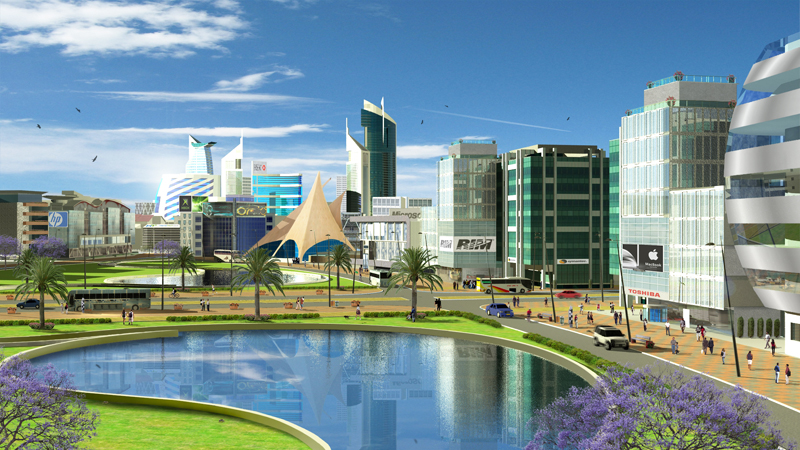 The Influx of greater Foreign Direct Investment in Africa, coupled with the rising demand of state-of-the-art infrastructures has ushered in a new dawn of monumental edifices, gradually changing the landscape across Africa. In 2012, we saw the flag off of billion dollar projects including the $6 billion Eko Atlantic mega city, Tanzania’s Oyster Bay, and South Africa’s SKA project. 2013 has continued in the same vein, with landmark projects, which will rival international structures in the coming years, springing up as Africa’s economic resurgence continues.
In this piece,  listed are  5 infrastructures billion-dollar infrastructural projects – set to have a positive impact, economically – across Africa.

Great Inga Dam ($80 billion) – With a 40,000MW production capacity, the Democratic Republic of Congo’s Great Inga is the largest dam in the world, doubling production of China’s Three Gorges Dam, the current largest.

Earlier this year, the government announced the commencement of the first phase, expected to provide over 4,500MW of electricity with a cost of $12 billion. Though reservations over the sourcing of funds have been clearly highlighted, a complete Inga will reportedly provide over 500 million African with energy, boosting industrial activities across the continent.

Konza City ($14.5 billion) – Located in Makueni County, Southeast of Nairobi, Kenya “African Silicon Savannah” is Kenya’s answer to the United States’ Silicon Valley. The technology and financial mega city, expected to be completed in early 2018, will include a business district, a science park, residential apartments, hotels and malls, and a university.

It is expected to attract over 100,000 jobs, with funding sourced through a public/private partnership.

It is expected to boost multi sector business for the landlocked nations and reduce export cost significantly, with a more convenient means of transportation for travelers/workers expected to increase human capital mobility, as well as easier movement of goods and services.

Ethiopia Renaissance Dam ($4.8 billion) – Despite controversy that has irked the Egyptian government and sparked political tension between Egypt, Ethiopia and Sudan over the use of the Nile, the dam will generate 6,000MW of energy and will provide neighbors Egypt and Sudan with electricity.

The dam is being assembled by Salini Costruttori, an Italian engineering company and will create over 12,000 direct and indirect jobs. It is expected to be completed in 2017.

Eko Rail, the Nigerian company given a 25-year license to manage the rail, also recently agreed to purchase 255 trains from Canadian Toronto Transit Commission’s Subway vehicles for use in the Blue Line.