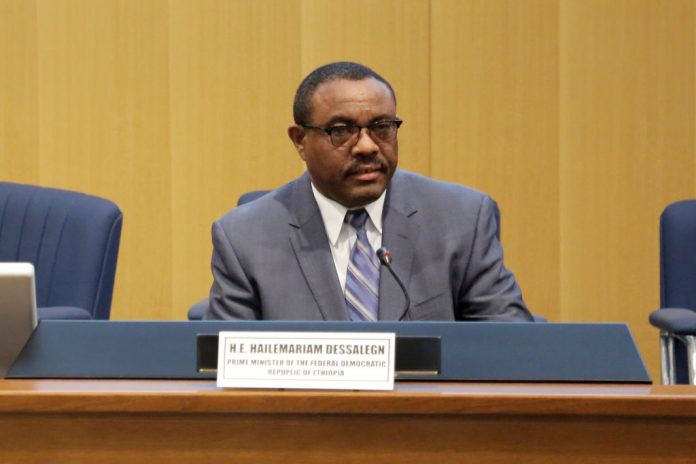 The Leader of the AU Observer mission in the Nigerian election and the former Prime Minister of Ethiopia, Hailemariam Desalegn, has hailed Nigerians for their enthusiasm towards the recently held presidential and National Assembly elections. In an exclusive interview with the African leadership Magazine, His Excellency, Mr. Hailemariam Desalegn spoke on a broad range of issues.

In an interview with the Editorial team in Abuja, Nigeria, Mr. Desalegn extolled the conduct of Nigerians in the presidential election, saying that the violence witnessed were largely in designated flashpoints identified before the election.

Speaking further, he urged the African youths to rise up to the occasion of political leadership. Citing his experiences in politics, he admonished the youths to build capacity in any endeavour they embark on, so as to show competence, which is a prerequisite for consideration in public service.

H.E Prime Minister Desalegn appealed to the countries still reluctant about ratifying the African Free Trade Continental Agreement to do so in the interest of the citizenry. Highlighting the importance of the AfCTA, he said that the countries in Africa must take the state of infrastructure into consideration being a major fulcrum for development. He also pinpointed rural development as the primary driver of economic growth. According to him, Ethiopia was able to solve its job deficit by the promotion of skilled labor, and this should put paid to the fear of government who have singled out job losses as the limitation.

The full interview with the former Prime Minister would be published in the April Edition of African Leadership Magazine, as well as on all our platforms.