Home Recent Stories Former President of Malawi, Dr Joyce Banda to Chair the Board of... 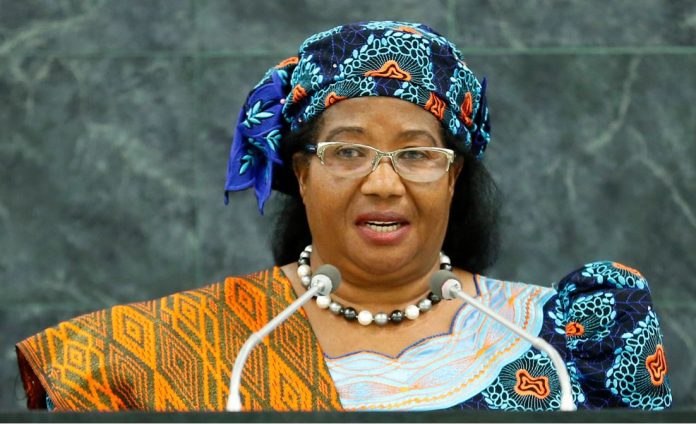 The former President of Malawi, Her Excellency Dr Joyce Banda, has been named Chair of the Advisory Board of Human Capital Africa, HCA – an advocacy initiative to tackle significant learning gaps in schools across the continent.

Dr Banda was unveiled during the launch of HCA, on the sidelines of the 27th Nigeria Economic Summit, with the theme: The Fierce Urgency of Now.

Dr Banda, who spoke alongside the former President of Tanzania, His Excellency Jakaya Kikwete, maintained that “high-quality education remains one of the most basic rights of all children across the world.” Continuing, she lamented, the state of education in the region. In her words, “Only around 70% of children finish primary school; less than half complete lower secondary school; And around 10-15% finish tertiary education.”

“And most of all, we’re not giving these generations a chance at becoming more productive members of the workforce – a chance at a better life. This is why I’m honoured to be a part of this journey to transform learning outcomes at the foundational level for all children in Africa,” she said.

Dr Banda also reaffirmed her readiness to support the initiative by “urging policymakers to stop wasting time – and commit time, resources and effort to improve learning in the classroom.”

In the same vein, Dr Banda urged for political will, saying time is now for HCA to engage African leaders in a quest to win the fight.

The Former Malawi leader emphasized the need for adequate resources in this drive saying, “We should be able to provide better education for our children reform because we have the resources for this crusade. Africa is not poor; it is the people that are poor. I know we can do it because I have tried this in a small way through the Joyce Banda Foundation.”

She also promised to advocate for a shift in focus towards learning at the foundation level.

On her part, the founder Dr Ezekwesili said that the launch marks the beginning of pan-continental partnerships that seek to bridge the gap between evidence and action to improve learning outcomes for children under age 10 in sub-Saharan Africa. According to her, HCA’s collaborative network will also cut across public and private sector leadership and include civil society and the general public in projects poised to “move human capital”.

Dr Banda’s choice as the Chair of the HCA stems from her agelong commitment to educational advancement.