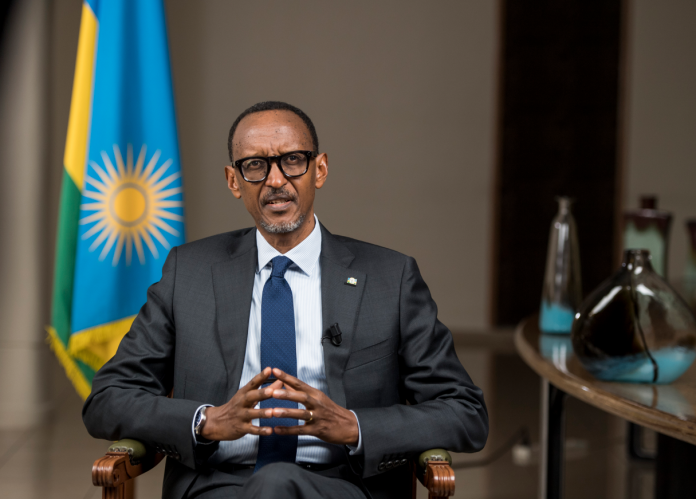 Hosted by the American Society for Clinical Pathology (ASCP), the virtual summit was held under the theme ‘driving innovation to advance cancer control equitably’. The award aims at recognising and celebrating the outstanding work of individuals whose efforts have contributed to advancing cancer care and control. It is given to individuals in two categories; policymaker and civil society categories.

Kagame who has inspired effective policies in Rwanda’s health system was honoured under the policy-maker’s category. His role in setting policies has impacted national cancer control.

“The modest gains that Rwanda has made in the diagnosis and treatment of cancer have come by working together with others,” Kagame said in his address in which he thanked the UICC for recognising Rwanda’s efforts in preventing and treating cancer.

He added; “Cancer diagnosis is frightening, in any setting… however, early detection is only relevant when treatment is available and accessible… but there is a lot that any country can do to control cancer, no matter its income level.”

In Rwanda, he pointed out that the national insurance scheme covers annual check-ups for all citizens above age 40, which has continued to facilitate early cancer detection and treatment.

The Rwanda Cancer Centre which has been operational since 2019 offers both radiotherapy and chemotherapy treatments, this means that Rwandans no longer have to travel abroad for many cancer treatments, Kagame said.

According to Rwandan health officials, the most prevalent cancer is breast cancer followed by cervical cancer with increased cases being diagnosed and treated owing to more screening capacity that allows early detection and treatment.

During this month of breast cancer awareness, the country has rolled out campaigns that teach women and young girls how to self-screen and provide knowledge around the matter.

Of the current achievements, the president also discussed the eradication program for hepatitis C, which screened more than 5 million at-risk people and provided treatment free of charge to those found to be infected.

According to the Ministry of Health, Rwanda’s cure rate for the virus is at 90 per cent among recorded infections.

The 2021 World Cancer Leaders’ Summit discussed how implementation research can successfully improve the adoption of cancer and NCD interventions in national policy with country-level case studies.

Kagame also announced that next year, Rwanda will inaugurate the Africa Training Centre of the Institute for Research on Digestive Cancers (IRCAD).