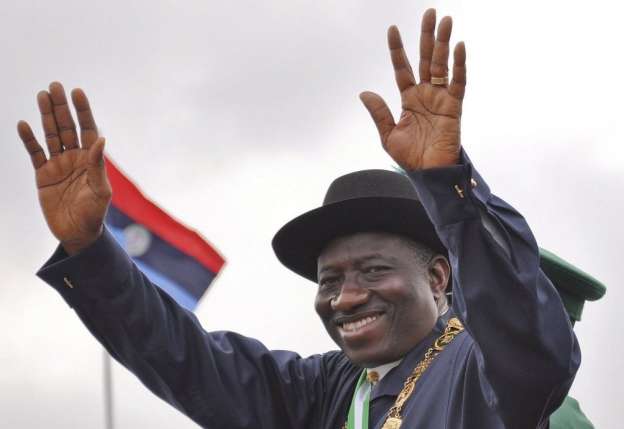 Former US Ambassador, and Chairman International Advisory Board of African Leadership Magazine, North America -Joe Beasley, recently commended former president of Nigeria Goodluck Jonathan for his commitment towards deepening democracy in Nigeria and by extension Africa.

In his speech at the Investiture of Goodluck Jonathan as the African Leadership Magazine Person of the Year which took place recently in Johannesburg, South Africa, Ambassador Beasley noted that the annual event of the magazine is aimed at showcasing African leaders who have displayed exceptional leadership qualities, impacted positively on lives, and advanced the course of democracy and development in Africa and therefore reinstated that the ex- president’s attribute which is uncommon among African leaders must be imbibed and promoted for the sake of future generations and democracy in Africa.

The ex-president who defeated the former UN secretary general, Kofi Annan, former Lagos State of Nigeria Governor and National Leader of the Nigeria ruling All Progressive Congress, Ahmed Tinubu, the founder, ECONET Wireless, Strive Masiyiwa and the President, African Development Bank(AfDB),Akinwumi Adesina to emerge the 2015 African Leadership Magazine Person of the year was selected considering his commitment towards deepening democracy on the continent-a characteristics which is uncommon among most African leaders at the highest level today.

The selection committee chaired by  former Pro Tempore President of the Liberian Senate and Chairman of the 2015 African Leadership Person of the year selection committee, Cletus Wortoson, placed high premium on the ex- president’s commitment to free and fair elections and further conceded defeat in the 2015 Nigerian general elections, a move which magically averted bloodshed and looming anarchy in the world’s most popular black nation.The further observed that there is no one best suited at the moment than Your Excellency to advise the continent’s on the merits of good governance and enduring democracy.

In his acceptance speech, Former President Goodluck Jonathan who was represented at the event by former Minister of National Planning in his administration Dr. Abubakar Suleman, thanked the board for finding him worthy of such great honor. He however reiterated the need for African leaders to always put the interest of the nation first as politics should not played with minimal regard to the chastity of lives.“As I have always said, my ambition is not worth the blood of any Nigerian and I meant it”

Dr. Jonathan further pointed that the emergence of the new Africa can only be achieved through a collective efforts geared towards growth and development of which leadership is a key factor while urging African leaders to emulate the qualities of leaders like Nelson Mandela of Blessed memory.