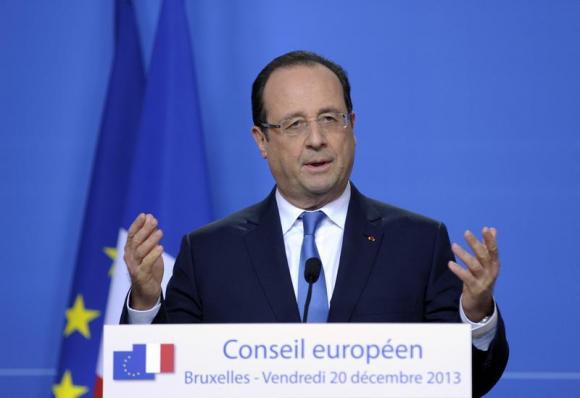 French President Francois Hollande has asked the United Nations to play a bigger role in the Central African Republic, Hollande’s office said in a statement on Friday.

France deployed a 1,600 strong peacekeeping mission in its former colony this month to stop massacres between Muslim and Christian militias, but the U.N.-backed intervention is struggling to restore security in the country.

“(The president) has asked the United Nations to play a more important role during the transition in Central African Republic,” Hollande’s office said of his phone call with U.N. Secretary-General Ban Ki-moon.

Under the terms of a U.N. resolution passed on December 5, France hopes to hand over responsibility for security to the African Union peacekeeping force MISCA in six months.

The AU operation is due to reach 6,000 troops by late January but analysts say its inefficacy may require a U.N. peacekeeping mission to deploy. Ban is preparing a proposal for a possible U.N. mission.

Scores of demonstrators took to the streets of the capital Bangui on Sunday to complain that French forces were disarming only Muslim Seleka fighters, exposing Muslim citizens to revenge attacks by Christian groups. France has formally denied this.

Hollande said he had told Ban the French troops were there to protect the civilian population without discrimination.

Ban said in a statement on Thursday that he was appalled by the continued violence, including the reports of dozens more bodies found on the streets of the capital Bangui.