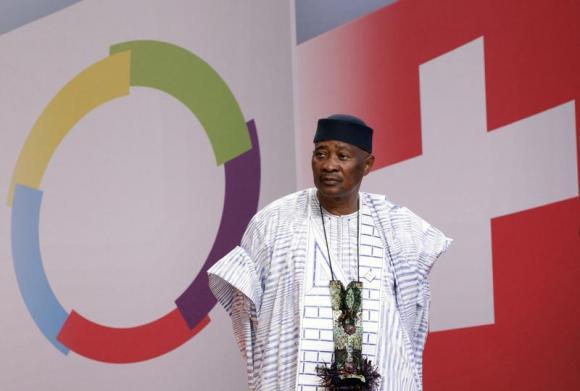 Mali’s government said on Friday it had presented to the country’s highest court a case for high treason against former President Amadou Toumani Toure, who was toppled in a coup d’etat last year.

A communique from the prime minister’s office said the case before the National Assembly accused Toure of failing in his duty as commander of Mali’s armed forces to prevent foreign forces from seizing national territory.

The March 2012 coup was prompted by Toure’s failure to quell a Tuareg separatist uprising in northern Mali. The takeover, however, allowed armed Islamist groups to seize control of the northern two-thirds of Mali.

The communique said Toure was also accused of allowing the armed forces to deteriorate, thereby destroying an instrument of national defense.

In recent months, Toure has resided in Dakar, the coastal capital of neighboring Senegal. He won power in Mali in the 2002 presidential election and was reelected five years later by a landslide.

The coup, which was partly triggered by anger at government corruption and failure to equip the armed forces, occurred weeks before Toure was due to step down.

The occupation of northern Mali by al Qaeda-linked groups ended in January when France sent more than 4,000 troops to halt a southern advance by the militants. France still has more than 2,000 troops in northern Mali, where Islamists periodically carry out attacks.

Ibrahim Boubacar Keita was elected to the presidency in August by a landslide.