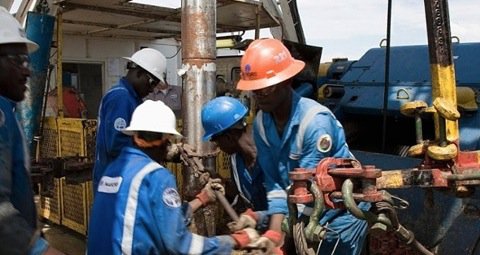 Britain’s Tullow Oil has recently said that it has made an oil discovery in Kenya, which could mean opening up a second oil basin for development in the country.
The East African nation and neighbouring Uganda have both made oil finds that have yet to start commercial production, part of a string of energy discoveries along the east coast of Africa.
“The first well in the Kerio Valley Basin, Cheptuket-1, has encountered good oil shows across a gross interval of over 700 metres. We believe this encouraging initial result has the potential to open up a second prolific basin in Kenya,” the statement said, although it added that the pace of follow-up activity was “set to be modest”.
Low oil prices have prompted international oil firms to reduce spending on exploration and development. A Kenyan government official had earlier said an announcement would be made on Wednesday about a new oil discovery in Kenya, but had not given details.
Tullow is working with partners Africa Oil and A.P. Moller-Maersk to develop finds in the South Lokichar Basin in northwest Kenya, where recoverable reserves have been put at an estimated 600 million barrels.