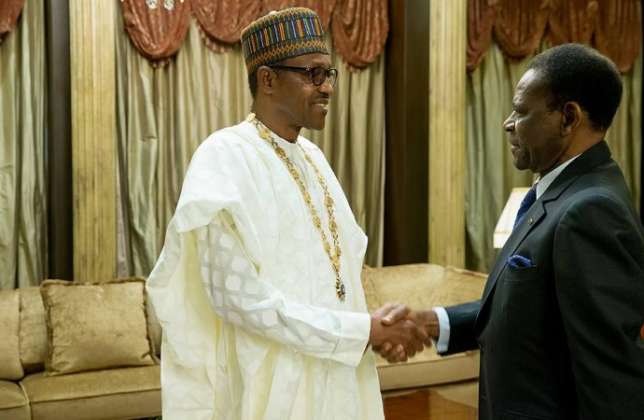 Nigeria and Equatorial Guinea has recently signed an agreement to establish combined patrols to bolster security in the Gulf of Guinea, which has been plagued by piracy in the last few years, a spokesman for Nigeria’s president said on Wednesday.
Garba Shehu said the agreement, which comes amid the backdrop of a rise in pipeline attacks in the oil-producing Niger Delta region of Africa’s biggest crude producer, was signed late on Tuesday by Nigerian President Muhammadu Buhari.
Pirate attacks in West Africa’s Gulf of Guinea, a significant source of oil, cocoa and metals for world markets, pose a threat to shipping companies. Pirates target oil tankers, usually wanting hostages for ransom and to sell stolen fuel.
“The conclusion and signing of the agreement is expected to enhance security in the Gulf of Guinea and help in curbing maritime crimes such as piracy, crude oil theft, sabotage of oil rigs and arms smuggling,” said Shehu.
In a statement, Shehu said the agreement — signed at the end of Buhari’s two-day visit to Equatorial Guinea’s capital, Malabo — established “a combined Maritime Policing and Security Patrol Committee”.
The creeks and waterways of the Niger Delta are connected to the Gulf of Guinea.
Earlier this week Nigeria’s information minister vowed that the government would prosecute those who attack the country’s oil pipelines.
Security experts say pirates have emerged from militant groups in Nigeria’s oil-producing Niger Delta, such as the Movement for the Emancipation of the Niger Delta (MEND).