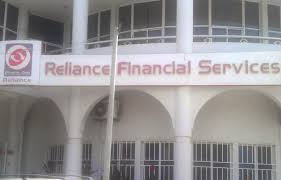 Reliance Financial Services, a non-banking financial institution in Gambia, has recently launched a new programme for women called ‘Reliance Women Finance Deposit for Development’ as part of the International Women’s Day commemoration.
The programme is about providing access to affordable finance for women entrepreneurs with a special focus on rural women using the tried and tested innovative village banking programme, pioneered by the Nobel Prize winner, Professor Mohammed Yunus.
This scheme which targets up to hundred thousand women in the country was launched at a local Hotel in Kololi.
Speaking at that occasion, the Executive Director of Women’s Bureau, Binta Jammeh-Sidibeh who deputized for the Vice President and Minister of Women’s Affairs at the occasion; described the initiative as timely and aligned with the strategic thinking and focus of the government of The Gambia to achieve sustainable economic development as enshrined in the country’s programme for Accelerated Growth and Employment and Vision 2016 development blueprints.
According to her, government through the Ministries of Finance and Economic Affairs as well as Trade, Employment and Regional Integration and the Central Bank of The Gambia has been and continue to advocate and challenge the financial services industry to continually innovate and develop products that accelerate the financial inclusion of majority of the Gambians living on less than USD1.00 per day and making positive contributions to the economy of the Gambia.
She stated that the government of The Gambia is very supportive of development initiatives that put women at the forefront as His Excellency the president Sheikh Professor Alhaji Dr Yahya AJJ Jammeh Babili Mansa continues to lead by example. “The Gambia government’s quest to aggressively drive and achieve the goals of vision 2016 on food (Rice self-sufficiency) will become a reality with initiatives like the Reliance Women Finance Programme and targeted at the women and communities involved in rice production and actors operating within the rice value chain,” she observed.
Also speaking at the occasion was the Chairperson of Reliance Financial Services, Amie Bensouda who described the day as fitting as it has reminded them all about the barriers women face generally.
According to her, Reliance has recently concluded a pilot project in providing seed capital to 16,000 women in the urban and Peri-Urban parts of the country with a total amount of D100million. This, she added has registered a successful repayment rate of 100% also stating that in Africa, women have proven to be more economically active in the most productive sectors of economies such as agriculture, entrepreneurship and in the general work force than anywhere in the World.