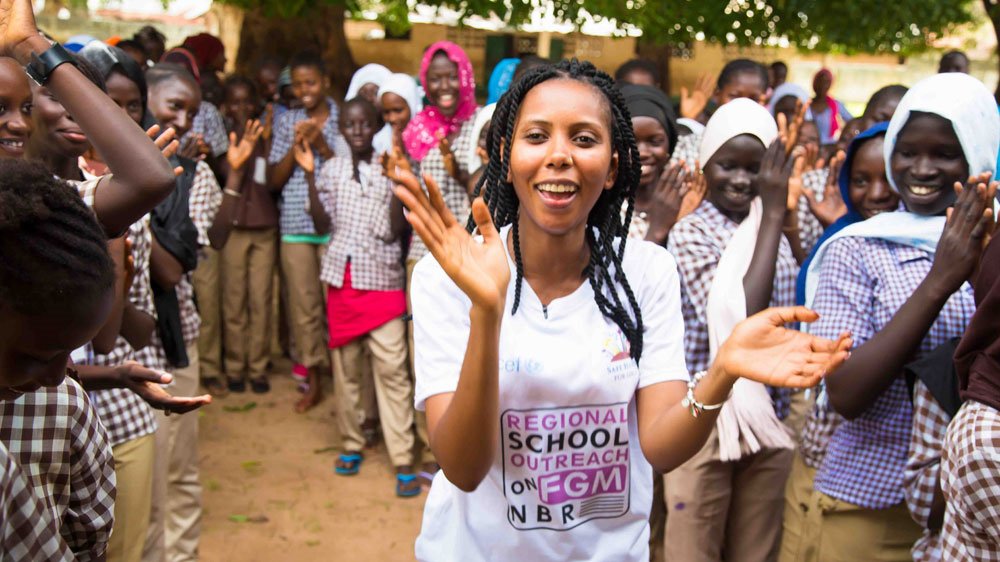 Jaha Mapenzi Dukureh, a Gambian activist has been named as one of the nominees for the prestigious Nobel Peace Prize of 2018 for her work in helping to combat Female Genital Mutilation (FGM).

Norwegian politician, Jette Christenssen nominated her after he had met during the launch of her film “Jaha’s Promise” in 2017. He said in an interview that her case was important not only because of what was happening in the Gambia, but for the rest of the world.

The film is about how Jaha – a victim of FGM and early marriage – and rallied support to challenge the age old tradition of female circumcision in the West African country that has a predominantly Muslim population.

Former president Yahya Jammeh banned the practice in 2015 even though activists say some communities continue to engage in the practice.

“The most important thing about Jaha’s struggle is that the law was changed and it is actually being followed up in Gambia. I have nominated Jaha because she is a living proof of that the belief of a single person can cause them to change the world”. Jette said.

Africa had a nominee in the 2017 edition when the West African regional bloc, ECOWAS, was nominated for their work in facilitating a peaceful democratic transition in The Gambia after the country’s former president Jammeh refused to accept a December 2016 poll loss.

In 2011, ex – Liberian leader Ellen Johnson Sirleaf was awarded the Nobel Peace Prize along with Liberian activist Leymah Gbowee and Yemeni journalist Tawakkol Karman for ‘their nonviolent struggle for the safety of women and women’s right to full participation in peace building work.’

Jaha Dukureh is the founder and executive director of Safe Hands for Girls. She is also a regional goodwill ambassador for the United Nations women bloc.

She is passionate about helping other African women lead their own programs to end FGM and equipping them with tools and resources they need to be successful.