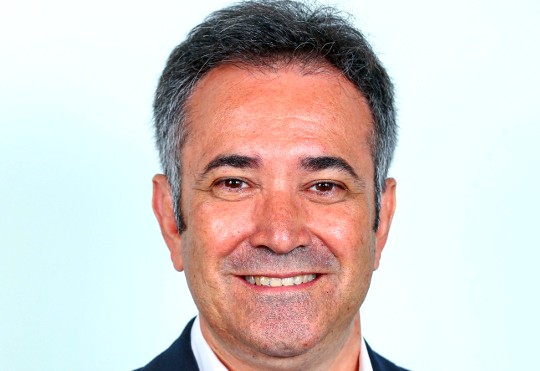 “It has been a great honour to build GE Africa” said Jay Ireland. “The past 7 years in Sub-Saharan Africa have been the most rewarding of my 38 years in GE. The opportunities across many sectors, the optimism, the energy and entrepreneurial nature of the people have all contributed to a wonderful experience. I am extremely proud of the value we have created together with our customers and partners. I want to thank all 2600 employees in the region for their support and commitment to making GE a valued partner for the development of infrastructure in Africa.”

Over the years, Ireland held several leadership positions in GE. He led GE Asset Management (GEAM), a global investment firm with about US$120 billion in assets under management at the time. He was President of NBC Universal Television Stations and Network Operations where he had overall executive responsibility for NBC Universal’s 10 television stations, the Telemundo network and its 16 Spanish language television stations. Before joining NBC in 1999, he had been the CFO of GE Plastics. Ireland started his career with General Electric in 1980 in its Financial Management Program after 3 years as a US Army Officer.

Ireland plays a significant external role advocating for investment in Africa. He is the Chair of the US President’s Advisory Council on Doing Business in Africa. He is also Co-Chair of the US Africa Business Centre – launched in 2015 to lead the U.S. business community’s engagement with Africa’s regional economic communities, the private sector, and small and medium-sized enterprises (SMEs). Ireland was a member of the African Development Bank’s special panel on accelerating the implementation of its ten-year strategy. He was a recipient of the Africa investor Magazine’s ‘International Business Leader of the Year’ award in 2012 and 2013 and in October 2017, he was awarded the ‘Princeton in Africa’ medal for his innovative leadership and dedication to high-impact investments and growth opportunities across Africa.

“Jay has been an inspiring leader, colleague and role model over the course of a remarkable 38 years with the Company” said Alex Dimitrief, President and CEO GE Global. “He has had a spectacular career. Under Jay’s leadership, GE has tripled its annual revenues in Sub-Saharan Africa and established a strong bench of African executives leading the company’s businesses on the continent. GE remains firmly committed to Africa. Farid’s excellent track record of leading GE Healthcare across Africa makes him the right choice to lead the next phase of GE’s strategy and growth in the region.”

With a career spanning almost 28 years, Farid Fezoua has been leading GE Healthcare’s business growth in Africa since 2012. He has led the development of major large-scale modernization programs with public and private sector project development/partnerships across Africa.

Farid joined GE in 2003 to coordinate customer financing efforts for GE Healthcare’s Middle East, Africa and Turkey Region. In 2005, he was appointed Regional Executive for GE Capital Markets Corporate, leading customer and project finance for all GE businesses in the Middle East and Africa.

Prior to joining GE, he held several senior positions in international banks. He started his career at BCEN-Eurobank, Paris (subsidiary of the Russian foreign trade Bank). He then went ahead to serve as Deputy Head of Commodity and Trade Finance at B.A.I.I. (Banque Arabe et Internationale d’Investissement, a subsidiary of BNP specialized in trade and investment in the MENA region). He was also the Assistant General Manager & Head of Correspondent Banking and Trade Finance at the Arab Banking Corporation, Paris Branch.

Farid has vast experience in the financing of trade and investment flows across the Middle East, Africa and Europe. He has developed a strong track record of infrastructure project development & financing in the field of power, transportation & healthcare as well as business operations & management.