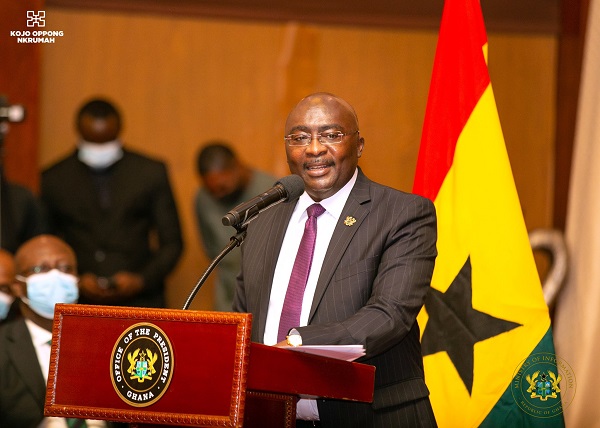 Ghana’s Vice President, Dr. Mahamudu Bawumia, has restated the commitment of the present administration to providing the necessary support for the development of women’s sports.

Dr. Bawumia spoke at the Jubilee House during a courtesy call on him by Hasaacas Ladies to present the CAF Women’s Champions League Zone B trophy which they won in Cote d’Ivoire. According to him, the government is impressed by the outstanding success of Hasaacas Ladies at the international level and it is ready to commit itself to the development of women’s sports in the country.

The Hasaacas Ladies team called in at the Jubilee House to express their gratitude to the Vice President, who donated $10,000 to them to prepare for the tournament. Team Coach, Yusif Basigi appreciated the efforts of Dr. Bawumia.

“Your Excellency, you set the pace and others followed. We could not have reached this far without your kind support” he said.

As winners of the CAF Zone B Women’s Champions League, Hasaacas Ladies have qualified to compete in the finals of the CAF Women’s Champions League tournament in Egypt in November. The Vice President tasked them to replicate the outstanding performance in Egypt and bring home the ultimate trophy. He also asked them to expect him in some of their matches when the league resumes.