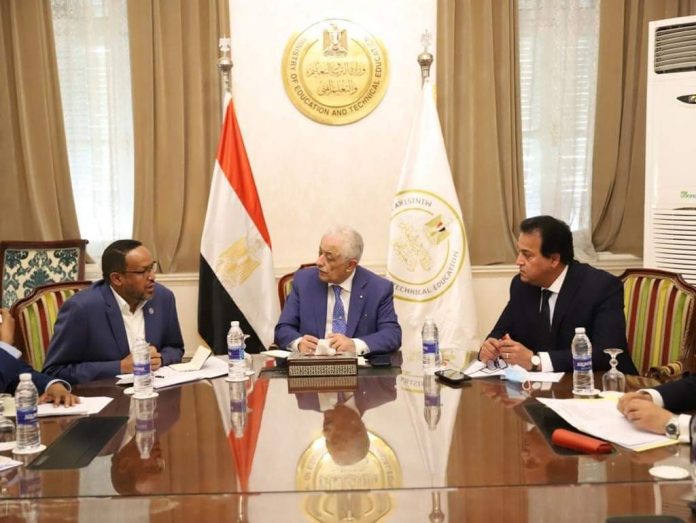 The meeting proved effective as it led to the consideration of renewing the executive program running between both countries. The agreement led to an increase in the Egyptian scholarship presented to Somali students to reach 450 instead of 200. Shawqi disclosed the depth of Egyptian-Somali ties while lauding the visit of the official Somali delegation to Egypt.

He reviewed the efforts of the Egyptian Education Ministry to improve the system of education in Egypt, asserting that the Ministry is ready to cooperate in that field especially given that it owns a new education system applied to the students in the early stage of education.

On his part, Abdel Ghaffar shed light on the “Study in Egypt” initiative which allows education opportunities for the students of Somalia to study in the Egyptian universities. Through this, he welcomed cooperation in the scientific and education fields which will advance both countries.