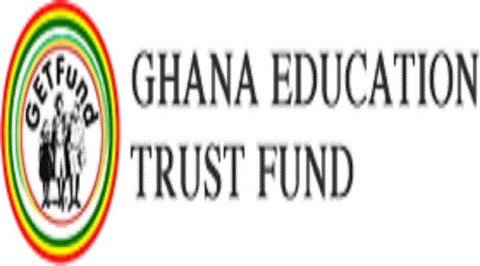 One consortium and five investment and universal banks have been shortlisted as likely arrangers of a GH¢2.3 billion loan for the Ghana Education Trust Fund (GETFund).

The six banks are looking for an opportunity to raise the total amount or part of it for the GETFund under a financing arrangement that will see between 30 per cent and 40 per cent of the fund’s allocations escrowed for repayment.

The six were part of 11 set of financial institutions that submitted initial expression of interest (IEoI) to a financing team currently searching for funds for the GETFund, a public trust in charge of supplementing government’s efforts in the provision of educational infrastructure in the country.

One person familiar with the transaction said initial assessment of the various proposals indicated that the interested banks may lack adequate capacity to fully deliver what was needed on individual basis.

The arrangement around GETFund’s search for funds is similar to the one done for the Energy Sector Levy Act (ESLA), where a portion of ESLA collections is securitised for a loan used to refinance the energy debt.

As is the case with the ESLA arrangement, the GETFund loan will not receive sovereign guarantee but will be collateralised against the fund’s collections.

In the 2018 Mid-Year Budget Review presented to Parliament on July 19, the government decoupled the 2.5 per cent each of GETFund and National Health Insurance levies from the Value Added Tax (VAT) into separate taxes called Education and Health taxes.

An Investment Banker with DATABANK, Mr Courage Kwesi Boti, told the GRAPHIC BUSINESS on August 20 that that decision was to help prepare the grounds for GETFund’s maiden foray into the market in search of funds.

“Making it a specific tax means that consumers and sellers do not have the right to claim input tax again since it has now become a fixed tax.

“This increases the volume of money you could get from there. Also, it is now isolated and a dedicated fund that can be securitised to raise the GH¢2.3 billion that they are looking for,” he said.

As a result, he said the idea was “futuristic” and a bold decision meant to address infrastructure challenges facing the country.

He stated further that the guaranteed nature of the GETFund allocations – from the newly constituted Education Tax – means that repayment for the loan will also be guaranteed.

Mr Boti, however, called for measures to ensure that collections into the Education Tax account will not be diverted but will be used for the intended purpose.

“Once there is a dedicated cash flow for that debt that will be raised and then there is enough provision to ensure that that money will not be diverted into other sectors but to service the debt, we could reasonably project a growth in consumption expenditure and the related VAT that will come out of that.

“So, it does not put the transaction under any significant risk,” he explained.

On the impact of the recent collapse of five banks on the transaction, Mr Boti and Ms Thelma Maclean of Strategic African Securities (SAS) Group Finance said the legacy nature of the challenges meant that they would do little to undermine the transaction.

Mr Boti indicated that banks looking to participate in the transaction would rather be interested in the GETFund’s ability to service the loan.

“There are no significant risks in terms of repayment of the loan to these banks vis-à-vis the problems we are seeing now,” he said.

Ms Maclean added that banks had accumulated enough funds through deposits that they could easily lend to GETFund should they trust its ability to repay.

Meanwhile, the Head of the Financing Team, Mr Hayford Amoh, told the GRAPHIC BUSINESS in an interview that subsequent to the selection, the six lucky banks were made to submit proposals on their funding arrangements to the financing team for technical evaluation.

He added that the evaluation had since been completed and the results submitted to management for review and decision.

Management’s decision, which is to be ready in the week ending August 24, will determine the nature of the fundraising exercise – either a syndication or sole financing – the number of banks that will participate and the interest rate, among others.

“Management may decide which consortium of banks will single-handedly arrange the transaction. If we do not get a consortium and depending on the strength of the various financial institutions, management may also consider encouraging a certain form of syndication, which will all be in the best interest of providing the money needed,” he stated.

In spite of being in existence for the past 18 years, GETFund is yet to borrow from the open financial market to execute its agenda of providing educational infrastructure and scholarships to students from pre-tertiary level upwards.

Thus, the current arrangement, where the fund is looking to borrow some GH¢2.3 billion and escrow about a 30-40 per cent portion of its collections for repayment will be the first of its kind.

The money is expected to be used to build new educational infrastructure and/or complete existing projects to help meet the rising demand instigated by the free senior high school (SHS) policy.