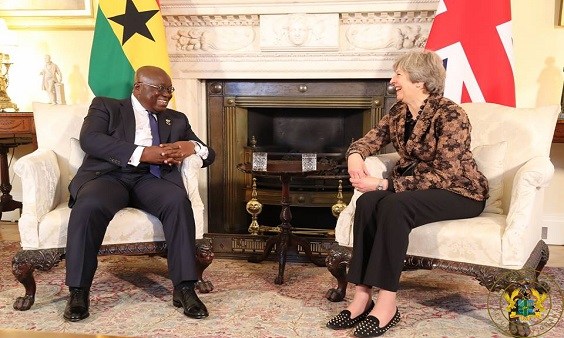 · Beyond the boundaries of aid, the president of Ghana visits the UK to stretch bilateral relations between the two countries.

· Ghanaian President Nana Akufo-Addo on his three-day visit to the UK met with the British Prime Minister Theresa May on Monday to hold bilateral talks.

· Part of the discussion was diverted to issues centering on next year’s Commonwealth Summit.

President Akufo-Addo mentions his hopes to hold the next year’s Commonwealth Summit in London, with the theme “A Common Future”, which is aimed at steering the growth of the global community in the 21st Century.

The two top officials expressed their desires to strengthening bilateral relations between Ghana and the UK under their tenure for the benefit of the two both countries and their respective populations.