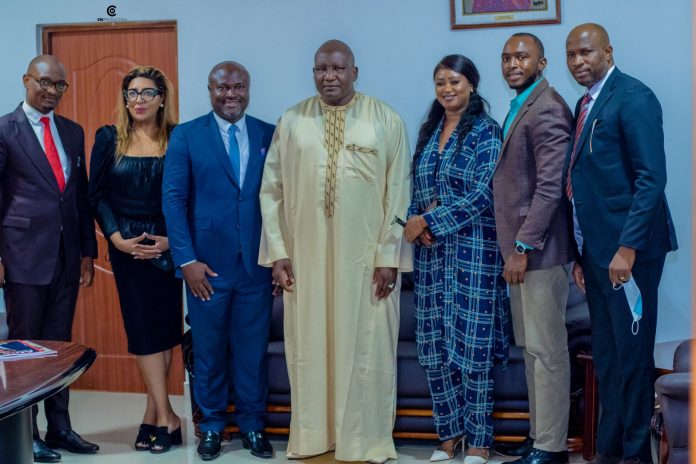 The Chairman/Founder of African Leadership Organization, Dr Ken Giami, has called on Gambians to protect the country’s peace as they go into elections as it represents a remarkable opportunity not just for the Gambia but for West Africa and, by extension, the rest of Africa.

Dr Giami made this plea during the African Leadership Business Forum the Gambia 2021 with the theme ‘Cross Border Trade and Investment Opportunities in Africa’. Addressing the Forum which had the Vice President of the Gambia, H.E. Isatou Touray, alongside Cabinet Ministers, members of parliament, representatives of the UN, members of the diplomatic community, business and political leaders, and others in attendance, he noted that despite the small geographical size of The Gambia, it is a gateway for market opportunities across the ECOWAS sub-region as it represents the numerous possibilities achievable in Africa.

“The Gambia is small, but we believe Gambia is a gateway for a market of over 300 million people across the ECOWAS sub-region. The Gambia symbolises stability not just in the Muslim world, but what’s possible in Africa,” he said.

Dr Giami added that the recently-signed Africa Continental Free Trade Area (AfCFTA) agreement has expanded the market to avail better business connections that can link entrepreneurs and people from The Gambia to the rest of Africa.

Speaking of the negative image projected of Africa, Dr Giami asserted that the current realities and news spread about the continent in popular media are not the accurate picture of what Africa represents. He revealed Africa’s strength as being more than the challenges before the continent. He noted that Africa is more than diseases and conflicts, and Africa is the last frontier on the global stage with tremendous growth opportunities for savvy business people.