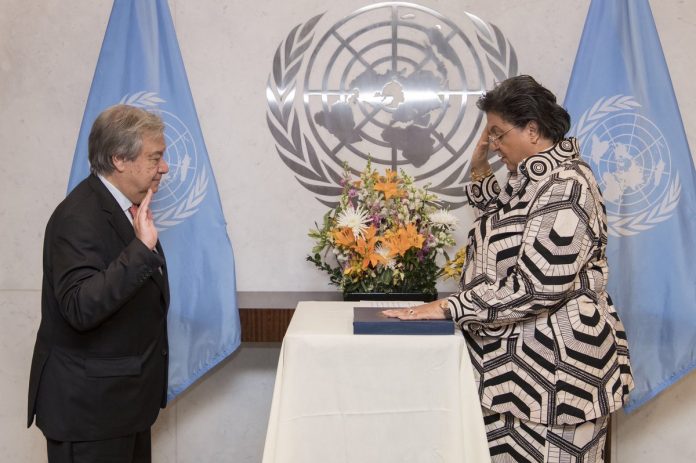 Ghana’s immediate past Minister for Foreign Affairs and Regional Integration, Ms Hanna
Serwah Tetteh, has been sworn into office as the new Director-General of the United Nations Office in Nairobi, Kenya.

Ms Tetteh comes to the position with immense diplomatic experience having served as the
Chairperson of the Council of Ministers of the Economic Community of West African States
(ECOWAS) from 2014 to 2015. She is also a former two-time Member of Parliament and lawyer by profession. She was born on 31 May 1967.