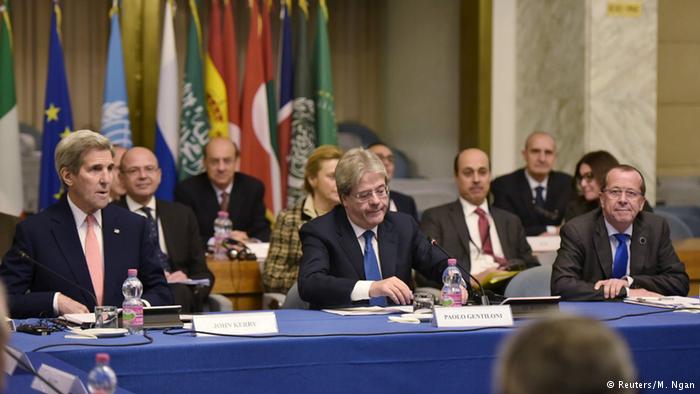 In a fresh diplomatic push to foster peace in Libya,delegates from rival factions have recently met in Rome to end years of turmoil and form a unity government. The summit hopes to see the two opposing factions sign a truce by December 16 as they have both agreed to the UN-brokered proposal.
Representatives from 17 countries including Egypt, Germany, Russia, Turkey, and China signed a joint statement calling for an immediate ceasefire and promising to cut off contacts with factions that do not sign the deal.
“We stand ready to support the implementation of the political agreement and underline our firm commitment to providing the Government of National Accord with full political backing and technical, economic, security and counter-terrorism assistance, as requested,” the statement said.
U.N. envoy Martin Kobler and fifteen Libyans from different groups also attended the meeting which was co-chaired by US Secretary of State, John Kerry and his German counterpart, Frank-Walter Steinmeier.
Mr Kerry noted that securing the UN-brokered deal was essential for breaking the deadlock. “We cannot allow the status quo in Libya to continue. It is dangerous for the viability of Libya, it is dangerous for Libyans, and now, because of the increase of the presence of Daesh [Isis] purposefully migrating there, it is dangerous for everyone,” he said.
According to Gentiloni, the Rome meeting was necessary to show that the international community fully supported the deal. “Time is fundamental and we must speed up the solution to the Libyan crisis in the face of threats that also come from terrorism,” he said. “We must show that governments can act faster and more effectively than the terrorist threat”
Rome has long pushed for greater international involvement in Libya, just across the Mediterranean from Italy’s shores.
Libya has struggled to return to stability since 2011 during the Arab spring revolution, with the government forced to flee to Tobruk after being ousted by militia groups in August last year.The OPEC member now has two rival governments and two parliaments, the General National Congress governing Tripoli, while the internationally recognised House of Representatives is based in the eastern city of Tobruk.
After the deal is signed, the Libyans will be given around 40 days to form a unity government and arrange their return to the capital, Tripoli.