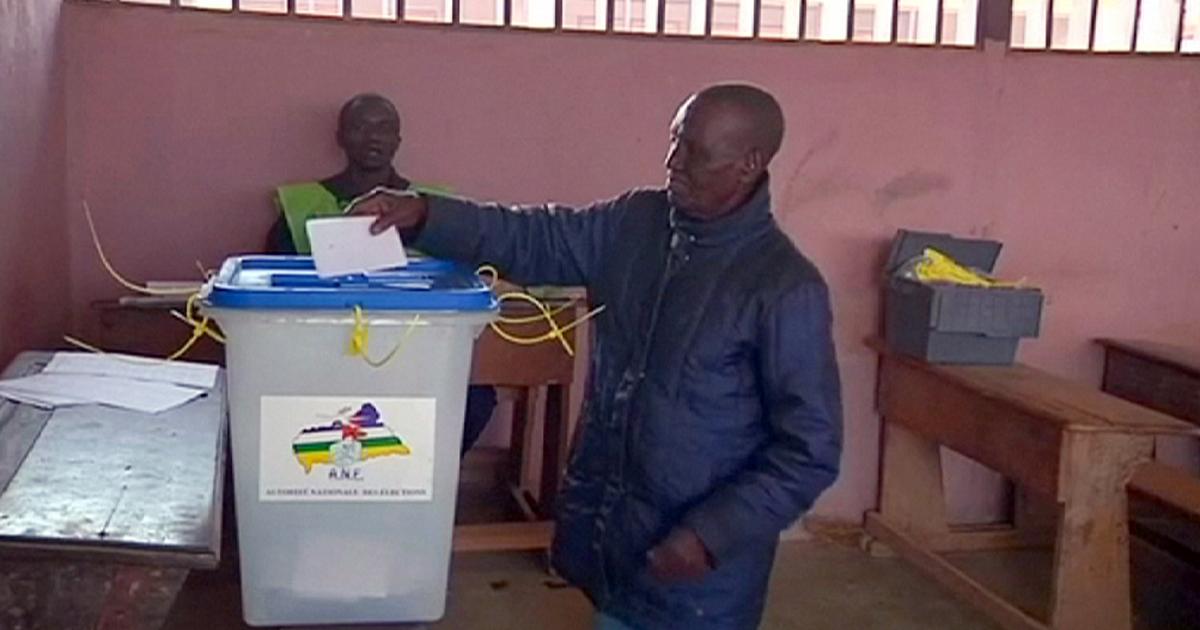 Eligible voters in Central African Republic have recently cast their ballot in a constitutional referendum seen as crucial to ending the nearly three years of violence in the country, defying a call by rebels for the process to be cancelled.
The expected approval of the draft constitution would pave the way for Dec. 27 polls to elect a new president and parliament, restoring democratic rule in the wake of two successive transitional governments. The referendum also serves as a dress rehearsal for the vote, testing whether elections officials can overcome logistical and security challenges in a nation carved up by rival rebel and militia factions.
Voting got off to a late start in many neighbourhoods in the sprawling, riverside capital Bangui, but queues formed in front of polling stations across the city.
However, gunfire that began overnight around the PK5 neighbourhood, Bangui’s main Muslim enclave, continued into Sunday morning. Medical charity Medecins Sans Frontieres said it treated six people from PK5 and the nearby Gobongo neighbourhood for gunshot wounds.
“If we have these, it’s so we can vote,” said resident Karim Bashir Abakar, holding up his voter card. “But since last night, there’s shooting everywhere in PK5. They’re trying to stop us from voting. We’ve had enough of guns. We want to go vote.”
Residents of the isolated enclave, which was visited by Pope Francis during a trip to Bangui last month, marched to the headquarters of the country’s U.N. peacekeeping mission, MINUSCA, to complain they were unable to cast their ballots.The mission responded by sending soldiers to protect voters and poll workers in PK5.
Government spokesman Dominique Said Panguindji acknowledged there had been several incidents in Bangui and elsewhere in the country. However, he said that conditions were generally calm and turnout was healthy.”The overall opinion is that there must not be a third transition. We must have elections. This is the will of the people,” he said.
The U.N. said it had dispatched soldiers throughout the country to ensure the security of voters.”We are warning all groups and individuals who want to intimidate voters. MINUSCA will not allow it,” said the mission’s spokesman Vladimir Montiero.
The former French colony descended into chaos in early 2013 when mainly Muslim Seleka rebels seized control in the majority Christian nation. Their abuses led to reprisals by Christian anti-balaka militias, sparking inter-religious violence that has killed thousands and displaced nearly a million in a de facto partition of the country.

How Strategic Guest Posting Can Amplify Your Link Building Efforts