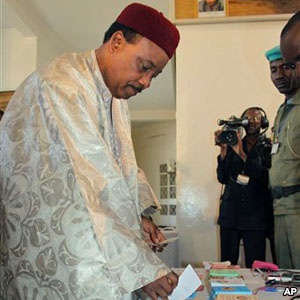 In order to ensure peaceful and credible election, BrigiBrifini, the prime minister of Niger has recently announced on state television that there will be an audit of the country’s electoral register ahead of a presidential election in February 2016following demands from opposition parties.
The decision is a victory for parties opposed to President MahamadouIssoufou who is favoured to win a second five-year term in the election and relieve political tensions in the Sahelian country.
“Some representatives of political parties wanted an audit of certain aspects of the register. We have agreed for a team to define the terms of the audit by Dec. 18 at the latest,” Prime Minister BrigiRafini said late on Friday.”The register, once it is finalised, will be a consensus document that will permit us to move towards a peaceful, calm and transparent election.”
The independent national electoral commission rejected a separate request from the opposition to hold local elections, set for May, before the presidential and legislative polls.
Niger’s main opposition party has chosen as its candidate former prime minister SeyniOumarou, who came second at the last election.
Issoufou is allying with other countries in the fight against Islamist militants in West Africa including Boko Haram and the ruling Niger Party for Democracy and Socialism expects him to win in the first round.
Niger is a member of a regional grouping of states fighting Boko Haram and has declared a state of emergency in its south-eastern Diffa region due to numerous cross-border attacks from Nigeria in recent months