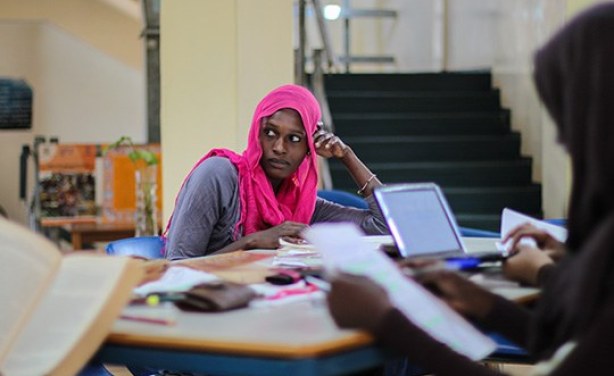 For far too long, women and girls in Africa have faced discrimination and inequalities in the workforce which have not only hurt them, but their families, communities and their countries as a whole. As we begin 2015, the African Union’s Year of Women’s Empowerment, one thing is clear: we will not reduce poverty without working to achieve gender equality.

While most governments in Africa acknowledge that empowering women and girls is a key contributor to economic development, the fertility transition in Africa ─ an important factor in sustained economic growth ─ has been much slower than in other regions of the world. Access to family planning and maternal health services – as well as education for girls – typically results in improved economic opportunity for women and lower fertility. Some governments in Africa are seeking innovative ways to accelerate the demographic transition. In Niger, for example, where the fertility rate (7.6 children per woman) is among the highest in the world, “School for Husbands”, an education program delivered by trusted, traditional community leaders are flourishing across the country and highlighting the benefits of family planning and reproductive health.

Healthy, educated girls with equal access to opportunities can grow into strong, smart women who can take on leadership roles in their countries. President Ellen Johnson Sirleaf, who is leading the fight against Ebola in Liberia, is an example. In leadership positions, women can also help to develop policies that support women and girls, and continue to provide greater opportunities for jobs, education and health services. In countries such as Rwanda and South Africa, an increase in the number of female lawmakers helped advance legislation promoting gender equality such as providing equal land rights to women and ensuring reproductive rights. In Rwanda, improved land tenure security led women owners to increase their investments in land by 18 percentage points, twice the level observed for men.

While the continent has one of the highest rates of female labor participation ─second only to Asia─ vulnerable employment (such as unpaid family work) remains the norm. African women work longer hours than men and perform most of the (unpaid) household work.Research shows that women’s average daily hours in agricultural work in four Sub-Saharan African countries is almost 467 minutes a day, compared with about 371 minutes a day for men.

Although women farmers make up almost half of the agricultural workforce across the continent, their level of productivity is significantly lower than that of their male counterparts. In Malawi, for example, a recent study showed that plots managed by women are 25% less productive than plots managed by men. It is estimated, however, that if women worldwide had equal access to productive resources (seeds, fertilizer, extension services, to name a few), 100-150 million fewer people would go hungry every day.

Often overlooked are the significant contributions that African women make to regional trade, crossing country boundaries to share goods, services and skills where they are needed. But challenges such as nontariff barriers, which restrict imports, limit their potential to contribute so much more, not just regionally, but globally. Informal cross-border trading, of which women make up 70%, contributes an average of $17.6 billion per year to the 15 member states of theSouthern African Development Community alone.

Most women in the non-farm labor force are self-employed in the informal sector but have no access to finance to grow their businesses. Further, market segregation often relegates women to less productive sectors. However, as a recent World Bank studyshowed, in Uganda, women working in male-dominated sectors make three times as much as women with traditional female jobs.

Gender gaps in education are just as pervasive. Although there has been a significant increase in enrollment rates for girls at the primary level in Sub-Saharan Africa, boys are still 1.55 times more likely to complete secondary education. In contrast, girls are more likely to drop out, if they are able to attend secondary school all. In Eastern and Southern Africa, poverty and work demands in the home often prevent girls from attending school, a trend which is further compounded by child marriage. In Angola, Eritrea, Ethiopia and Mozambique, girls enroll in primary school at a lower rate than boys, and enrollment rates drop even lower at secondary and tertiary levels. The bottom line is that poverty decreases when more women and girls are educated: secondary education increases girls’ future wages by 10-20%. And women are often more likely to spend money on things that benefit children, improving their chances of achieving health and prosperity.

The World Bank has made achieving gender equality a top priority. In 2013, we launched the Africa Gender Innovation Lab to address the underlying causes of gender inequality through rigorous impact evaluations to identify solutions to close the gender gap. Evidence from Uganda suggests that the right combination of vocational and life skills training can dramatically improve adolescent girls’ livelihoods. In Burkina Faso, our researchers found that financially empowering adolescent girls and their families can significantly and positively impact their sexual behavior and health.

In May 2013, World Bank President Jim Yong Kim announced $1 billion in support for countries in the Great Lakes Region with a special emphasis on women, who are among the most vulnerable groups in the region. As part of that pledge, the Bank approved $107 million for Burundi, the DRC and Rwanda, to address gender-based violence. The project provides integrated health and counseling services and legal aid and provides economic opportunities to survivors of sexual and gender-based violence – the first of its kind in Africa.

We have also sharpened our focus on women in the Sahel region through the $170 million Sahel Women’s Empowerment and Demographics Project. This operation adds to the Bank’s existing commitments for maternal and child health programs in the Sahel. The project will improve reproductive health resources across the region by making them more accessible and more affordable. It will also strengthen existing training centers that provide midwifery/nursing services in rural areas, and pilot and share knowledge on adolescent girls’ initiatives.

Women are essential to ending poverty around the world. Nowhere is that more true than in Sub-Saharan Africa. Strengthening women’s roles as leaders, entrepreneurs, consumers and economic stakeholders will transform the continent. For the better.