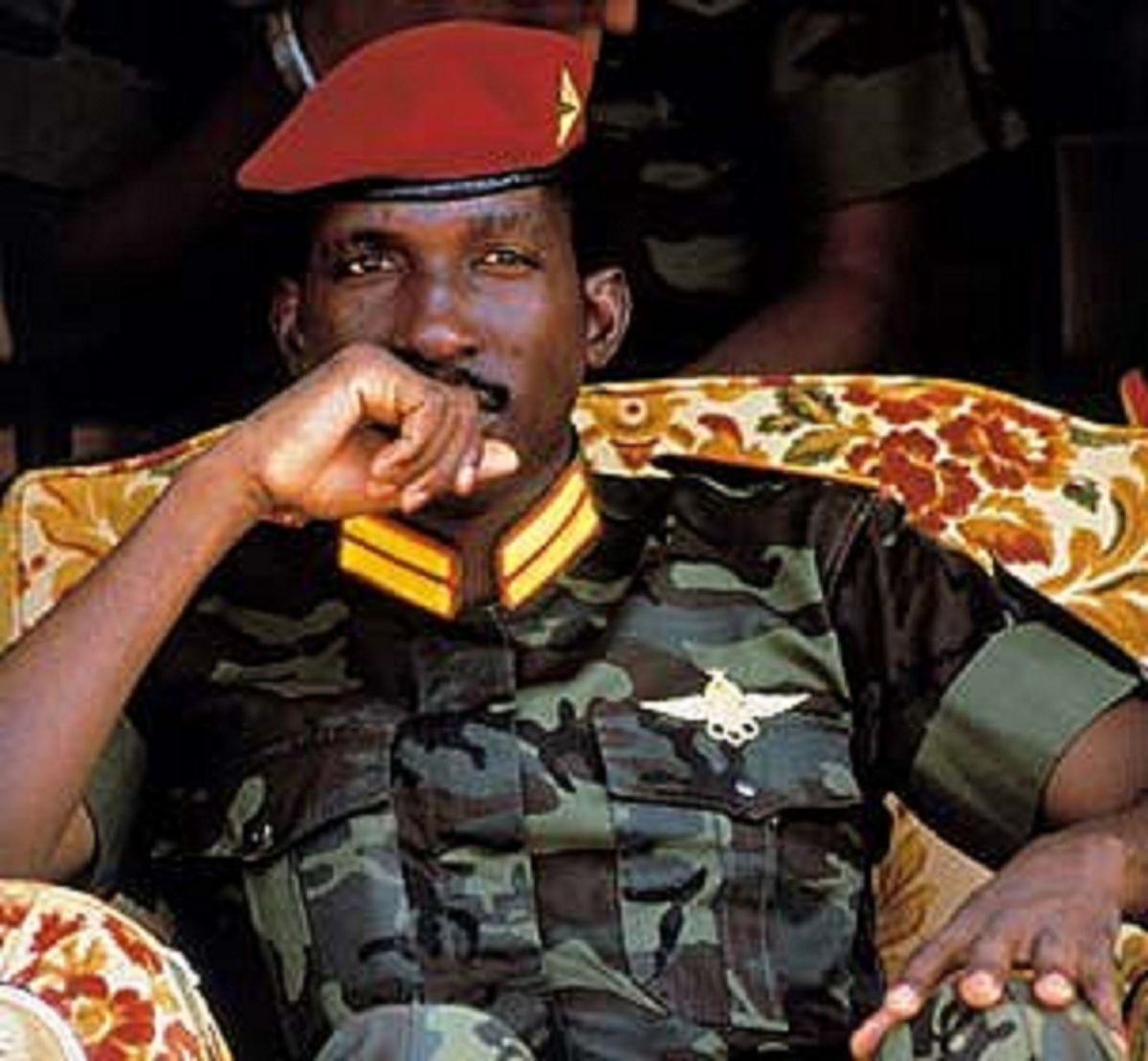 Burkina Faso president Thomas Sankara was a feminist Marxist Pan-Africanist revolutionary leader who was assassinated in a coup d’etat four short years after he took power.

On October 15, 1987, Burkina Faso president Thomas Sankara, the Marxist revolutionary and a feminist Pan-Africanst leader, was assassinated in a military coup. A week before his death, Sankara said in reference to Che Guevara, “Revolutionaries and individuals can be murdered, but ideas never die.”

He changed the nation’s name from the French colonial name Upper Volta, to Burkina Faso, which means “the land of the upright people.”

He worked in the four short years he was president to create a “third way,” during the Cold War in order to separate Burkina Faso’s path from the interests of France and the U.S. He pushed against the hegemonic power of France in west Africa, by calling for the end of African nations’ debt to international banks and to the colonial nations of the West. He refused to take World Bank loans and instead focused on strengthening local production of food and textiles. Sankara also abolished obligatory labor and tribute payments to village chiefs, female circumcision and polygamy. He began national immunization and river blindness programs, built basic transportation and housing infrastructure, and promoted literacy programs. It was women and the rural poor who were the focus of his revolution and who benefited the most from his presidency.

He saw government workers as servants of the people. He only allowed himself to earn $450 a month and refused to allow civil servants to have chauffer-driven Mercedes or fly first class.

He is criticized for not tolerating political opposition, banning trade unions, or allowing a more free press.

He took on the role of president through a military coup led by himself and Captain Blaise Compaore. In 1983 and four years later Compaore led the successful coup against Sankara. To this day, Compaore, who was supported by the West and quickly overturned most of the reforms pursued by Sankara, is the president of Burkina Faso.