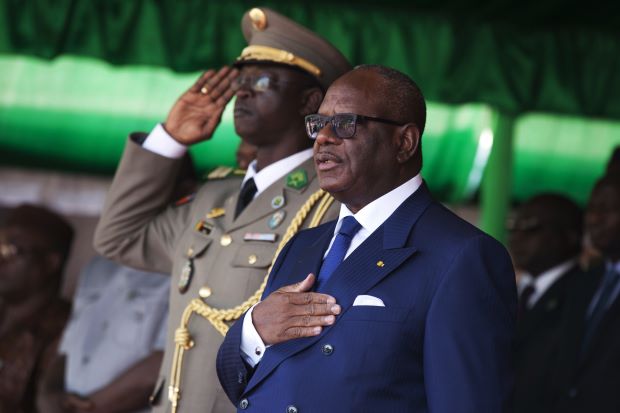 In the Malian capital Bamako, mobs screamed welcoming president, Ibrahim Boubacar Keita, who returned from China in early September. The popular reception was related to China’s commitment to make unprecedented investments, according to the government. But analysts say it is a propaganda trying to veil the difficult economic situation of the country.

According to Youssouf Keita, a Bamako based journalist, the political party of president Keita tried to manipulate the national opinion with China’s agreement to make important investments in the Malian economy.

“The aim of this manipulation is to improve the image of the president who really disappointed his electors and the partners of Mali”, Keita told AFKInsider.

The International Monetary Fund (IMF), the World Bank and the European Union suspended their budgetary aid to Mali last June due to bad governance and corruption practices.

“The president became unpopular because of the crisis with international donors combined with people’s economic difficulties and his failure to address the insecurity situation in the North of the country as he had promised,” Keita added.

In China, the Malian president was a special guest for the World Economic Forum that took place in early September. Back to Bamako, he announced on national television that his country signed several agreements with the Chinese authorities who will invest in Mali, making important changes in sectors like energy, infrastructure, transport and the mines.

Infrastructure in the war-stressed North

According to the Malian minister of investment, Moustapha Ben Barka, China will build a 900 km (560 miles) railway between Mali and neighboring Guinea Conakry. This project will cost $8 million. An old railway between Mali and Senegal, measuring 750 km (466 miles), will also be rehabilitated by the Chinese government. These transport projects will help Mali, a land locked country, to get easier access to overseas markets, Ben Barka told journalists in Bamako.

China is also planning to materialize other transport infrastructure in Mali, including the 4th bridge of the capital city where commuters face huge traffic jams.

“I’m really happy to hear from our authorities there will be a new bridge in Bamako. Hopefully this will put an end to the traffic jams that make people suffer,” Kaba Diakité, a militant of the Malian president’s party told AFKInsider.

The lack of transport infrastructures in the war-stressed northern part of Mali is stated by some rebels amidst their grievances against Malian authorities.

Ben Barka noted that it will be possible to significantly improve the contribution of local rivers to the country’s development. There will be four dams on the Senegal River that are crossing the Western part of Mali; and 100,000 hectares will be irrigated in the interior delta of the Niger River, an area that has produced most of the country’s rice since 1932.

According to Diakité, social projects announced to be realized by China can explain why people welcomed president Keita, who wants to give hope to his electors.

“China accepts to build in Mali 24,000 social housings. It’s a rare opportunity for most Malians who wouldn’t otherwise dream of possessing their own homes,” he said.

China banks on coming to Mali

Besides housing investment, China has decided to offer 600 yearly scholarships to Malian students who want to study at Chinese universities. In addition to the scholarships, teaching centers specifically dedicated to education in agrarian technology and construction techniques are among China’s gifts to the Malian authorities.

Mali also relies on China to invest in new power plants to break the electricity crisis that is affecting the country. This is supposed to make available cheaper electricity for the industrial development, the Malian authorities said. A hydroelectric dam will be built in the area of Dire in the North of the country; a hybrid power plant in Kidal in the North-East and another one in Timbuktu, which is in the North as well. Solar power plants will also be created in other parts of the country and all those infrastructures will be connected to the national grid of electricity.

The Malian government announced that China is already present in Mali with some industrial investments that are supposed to be reinforced. A factory of medicine production that is being constructed in the outskirts of the capital will be enlarged to be the largest in West Africa, according to Mahamadou Camara, the Malian minister of communication. More than 95 percent of the factory has been completed and it will be operating on January, 2015.

An old tea factory run by Chinese investors in the South of the country will also be revived. The creation of industrial zones that have been initiated by former regimes in Mali will be continued under president Keita, who relies on China’s help to develop and promote the country’s industrialization. Chinese banks that are not yet present in Mali are supposed to contribute to create small-scaled companies and industries, Camara said.