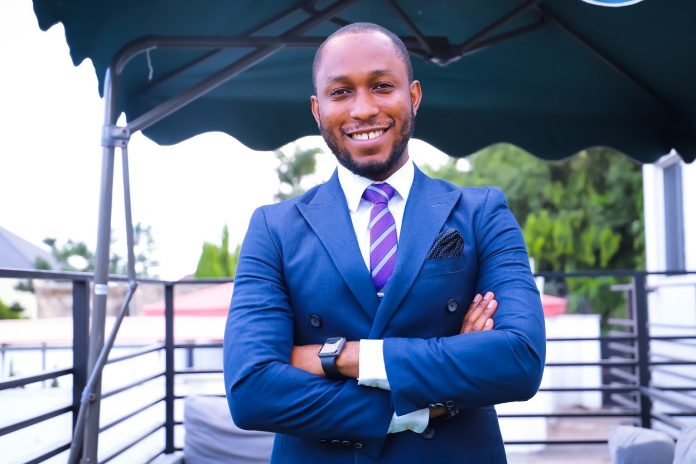 Ventures Platform Foundation is an enterprise development organization driven by the belief that entrepreneurs that leverage innovation to create solutions to problems are the last frontier for Africa’s Development. The organization thrives with a mission to support innovators and entrepreneurs in order to unlock the potential of underserved sectors, people, and places in Africa.

Emmanuel Mimshach Obioha, the Director of Partnerships, Ventures Platform Foundation (VPF), Nigeria is devoted to supporting young entrepreneurs on their journey by designing/implementing programs, advocating for policy and brokering strategic partnerships. This ethos has been the guiding force for all major decisions in his career and he has dedicated his life to making this belief a reality.

As the Director of Partnerships at VPF, Mimshach has designed, developed, and executed programs with partners ranging from the World Bank to the European Union in order to create innovative solutions in innovation ecosystem development and youth unemployment in underserved communities. In this position, he has raised over $1 million to support the success of these programs. He is a 2013 Future Africa Leaders award recipient and a 2016 Mandela Washington fellow. He discusses private equity funding, the growth, and challenges of tech-centred startups in Africa with the African Leadership Magazine.

On interaction with a lot of Africans, one comes across a lot of ideas which look good on paper but fails at implementation. Having had some years in the tech-financing industry, what can you say is a key gap in the loop?

Ideas are a dime a dozen. If you keep me in a room, I can churn out a million ideas on how to change the world. Everybody has ideas. From Politics to business, it cuts across all spheres. In theory, everything works but a part of what we tell companies is; “have a business plan but be rest assured things will go downhill on implementation”. That’s why even our investment thesis is built on the strength of the team and their ability to implement. The ability to implement can be proven in several ways; you’ve built and exited a company, or you’ve failed at it and can state explicitly the lessons learnt. Secondly, you’ve led a team to execute a project and have worked at something similar.

In a recent finding, Nigeria is right up there among one of the training centers for web developers and programmers, who go on to work in global firms. How can this be further strengthened in Africa at large?

These people are leaving for a couple of reasons. The developer community is like a pyramid; with a ton of people at the base of the pyramid who can do little tasks. They are seen on several fora like the myriads of developer communities. There is a missing middle with quite a few persons who can build platforms and carry out some other more complex tasks. And finally, there are people who have crossed this chasm. Some of the reasons why they leave are that Nigerian employers cannot pay them what they are worth, the projects here are not exciting enough to stimulate their interests, the job entails the old, boring, and only routine stuff is being done. What I mean by excitement is that you get to a point where you grow beyond the basic prospects of the job.

We need to do a lot of work to fill up the missing middle and getting the employers to do more in terms of remuneration. It is not just developers. All professional circles are affected. 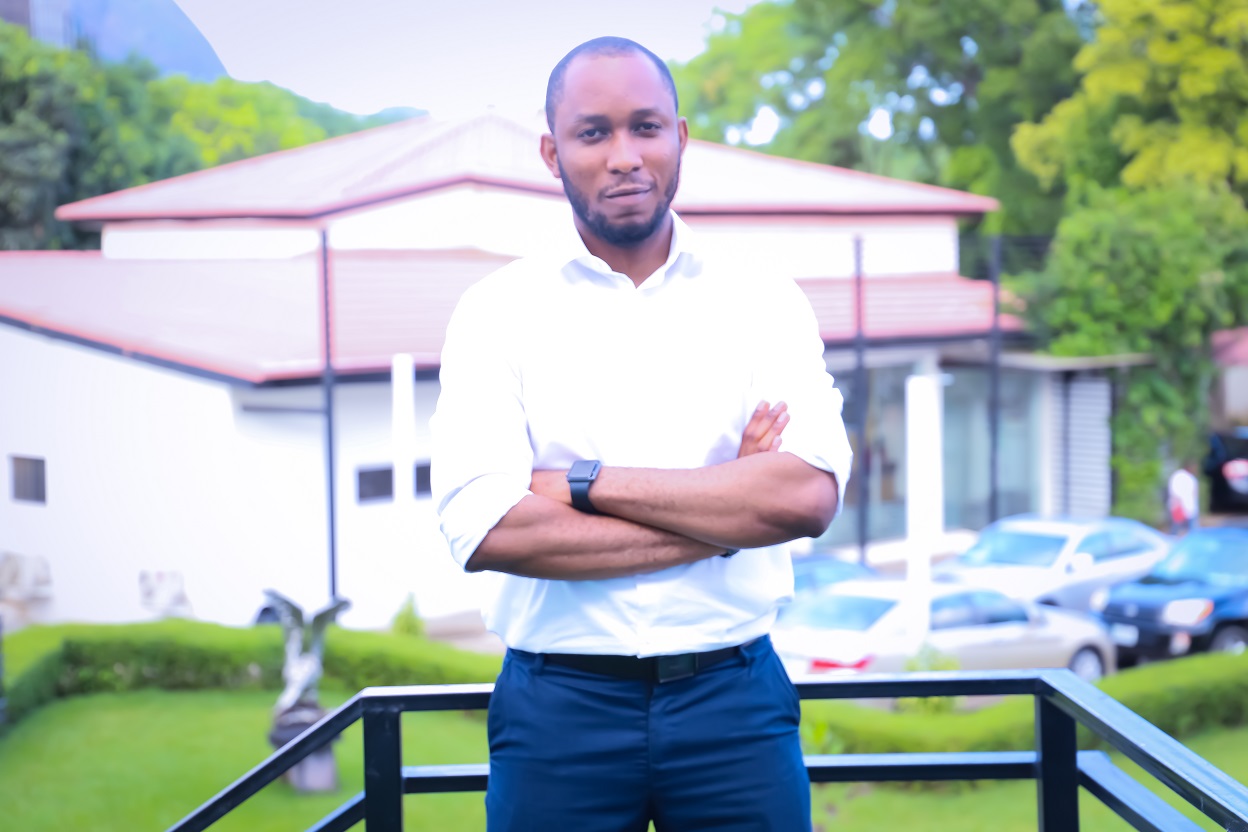 With the first-rate countries building their development drive on human capital development, rather than natural resources, what are the things African countries can do to key into this new path of development?

This is no new phase of development. It’s been on for a long time. Africa has been lagging behind. Natural resources have never been a source of wealth for any rich country. It’s always been the capacity to refine whatever you have into a finished product that makes you stand out as a vibrant economy. One of the problems we have is the cost of running our government and the budgetary implications.

For us to catch up, firstly, we must admit that this thing is not new, it is old. Secondly, we have to realize how poor we are as a continent. At my first class in Architecture, a Professor walked in and asked us, “How many of you know Nigeria is a poor country?” In defiance everyone said, “No, we have a lot of natural resources, why call us poor?”He said, “Look, what differentiates humans from animals is our ability to transform materials. Monkeys have been eating bananas for as long as we can think of, they never made banana juice. Lions eat rams, they’ve never thought of suya, barbecue, kebab, or any derivative out of this.”

Human beings are different. They take materials and make different things out of it. He continued “The reason why it is called jungle justice is that in the jungle, there is no law. A lion can hunt a fellow animal, and in the course of its meal, it can be chased away by a pack of Hyenas. Why? It is natural resources, nobody owns it. When you take a material and process it, you add value to it and it becomes yours. Same reason why we can’t hold the government accountable because it is a natural resource and we believe no one owns it.

Right now, the money in Africa belongs to nobody but here our thinking is if people can pay more tax, higher than the revenue from resources, we can hold our government more accountable. Once we realize that we are a poor continent that no one can help us, but we can make ourselves rich by building businesses, paying taxes and holding the government accountable. The smartest people need to go into politics. We cannot entrepreneur ourselves out of bad government.

How does Africa rank in the scheme of things in the tech-investment world, are we far off at the lower rungs of the ladder and how can we improve further?

We rank very low in the world of investment but we can only improve this increasing the purchasing power of our people. There is the Theory of Africa Rising and other decorated words and catchphrases around it. While I do not mean to be pessimistic, the truth is that while Africa is still an untapped goldmine, it is still a risky and unpredictable investment destination.

There is a story of two Harvard graduates who came back to Africa, started e-commerce companies and to their dismay, people were not buying. They were approached by a big company who advised them to merge both companies and promised to fund them with millions of dollars. When that didn’t work, they felt payment issues were making it difficult to buy. The pay-on-delivery model was thrown up, yet, people were not still buying. Then they discovered people weren’t buying because they had no money to pay. So, no matter how easy you make the payments look, people wouldn’t pay because they have no money to pay, because they are poor.

Africa has a huge market (potential) but a low addressable market which means that there are fewer people who can pay. Juxtapose that with foreign countries where you have a smaller population but with a larger buyer base. Higher population with a higher purchasing power. So we look at companies who are using enterprise to improve the purchasing power and the lives of the citizenry.

As a Director of Partnerships at Ventures Platform, what are the things your group is on the lookout for in tech-centered businesses?

We look at the most important things; you must be solving a problem. It’s not just enough to have a better pricing model. The second is; how many people have this problem? Your solution cannot be limited to a small subset of the society. Our policy is; worst-case scenario, Pan-African, best-case, Global. The third question is “are you the best person to solve the problem?”. Have you observed that all these questions asked nothing about ideas because we are not going to micromanage the business? It is after all these that we now ask of your idea, which will change until you find what we refer to as the “product-market fit”.

While we are open to funding start-ups, we look intensively at the problems these businesses solve. There are basic problems peculiar to Africans in the areas of finance, health-care, education, and payment solutions e.t.c.

The theft of Intellectual property is one of the challenges of the technology world. With businesses seeking external investment at the risk of this infringement, how do you handle this?

Where I see IP theft is really more around the product than around the ideas. When we discuss with founders, we want to know if you have a non-disclosure agreement with the parties involved because if the fellow is an employee of another firm, whatever he has succeeded in creating in another company’s time, solely belongs to the company but most startups do not know this. We are also particular about founder agreements, to ensure that the company continues if one founder leaves. 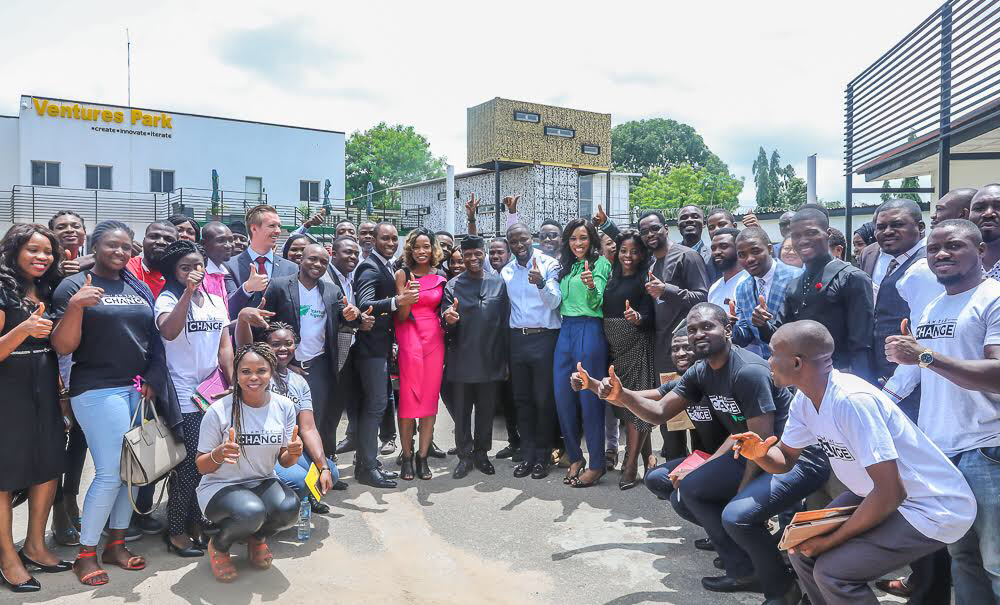 Are you impressed with the rate of digital permeation of the African continent? What areas do you think Africa as a whole can be developed by technology?

That’s what startups are already doing. Firstly, I think that if there is interest and investments in certain areas, people would naturally gravitate towards that. For example, FinTechs propped up because there was public interest and it drove investment towards that. If we want to solve our power issues, what we need to do is create a power generation fund that encourages innovations around it, and you will see a lot of startups coming up with innovative solutions in that space.

Secondly, we must incentivize innovation and other good behaviors with investment, channeled towards those areas. When I visited Iowa, I noticed a grid-patterned arrangement while airborne. I asked the state governor in a meeting why it was that way. He said, “Oh they are farms”. In his words, the government was interested in having its status as the largest producers of a commodity, it resorted to Soybeans and Maize. They directly created incentives that the farmers latched unto, and that state in the US is one of the largest producers of those crops today.

We need to incentivize good behavior around our most pressing problem areas; utilities, food supply, education and health-care. Entrepreneurs are hungry for problems, so we need more public-private partnerships to create solutions people can access to drive the innovations the continent requires. So we need to engage the country governments more.