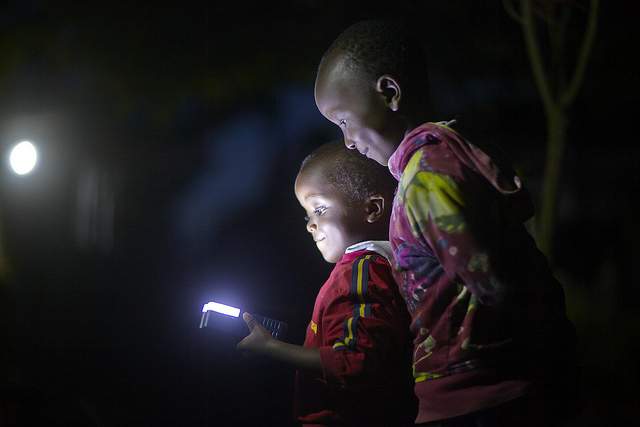 The word POWER is one that inspires an abundance of mixed emotions among Africans. From despair to resignation to faint hope and outright delusion, the gamut of dramatic emotion is well experienced by inhabitants of this potentially great yet sleeping giant of a continent constantly bedeviled with all sorts of malicious and diabolical obstacles most of which are sadly self-inflicted.

There is absolutely no doubt that Africa’s power sector thriving, is key to growth in the public and private sectors of the economy as this will drive a continuous flow of direct foreign investment from international companies looking to do profitable business in the continent.

We are long past the age of ignorance where most people would blame epileptic power supply across most of Africa solely on aging equipment, wars, droughts and so forth. It increasingly looks like a clear case of greed, corruption, misplaced priorities and ineptitude all rolled into one.

The economic impacts of epileptic power supply has been well documented in recent years in countries like Nigeria and Kenya and this buttresses the obvious trend of inefficient power being more pronounced in sub-Saharan Africa than other regions.

According to the International Energy Agency, an estimated 1.2 billion people – 17% of the global population – did not have access to electricity in 2013, 84 million fewer than in the previous year and more than 95% of those living without electricity are in countries in sub-Saharan Africa and developing Asia predominantly in the rural areas (around 80% of the world total).

A large percentage of Africa’s power comes from the northern and southern regions alone and approximately 50% of power in Africa is generated from coal based facilities, although this figure is projected to decrease drastically by 2020, with many of the new developments running on natural gas. Hydroelectric power has also been a main stay on the continent traditionally, with the hydro potential of the Democratic Republic of Congo alone reported to be sufficient to provide three times as much power as Africa presently consumes. The continents power consumption rate is naturally expected to grow year on year consequently African governments try to invest in power projects aimed at boosting electrical power generation, distribution and transmission.

The common trend in the African power sector across the continent is privatisation and restructuring of government-owned power companies as well as many countries looking to their neighbors to supplement their supply, with regional networks and power pools arising as a result particularly as natural gas discoveries have made combined-cycle plants competitive economically.

These regional networks or developments such as the Southern African Democratic Community (SADC) and the Economic Community of West African States (ECOWAS) if managed properly can bring great benefits to neighboring countries by the sharing of electricity which enables countries who have surplus power, to run their stations at maximum output without the risk of an oversupply while countries with unreliable power generation capacity can have access to

power, without the massive investment required to build new structures. Nations who buy power in bulk can redistribute it locally at an affordable rate having the flexibility to control demand peaks and troughs with the larger pool of power.

One of such networks, the Southern African Power Pool (SAPP) with countries like South Africa, Mozambique, Zimbabwe, Zambia, Namibia, Botswana, the Democratic Republic of Congo, Swaziland, Tanzania, Lesotho and Malawi was so successful that Kenya and Tanzania recently joined by connecting via the Zambian power grid.

Indeed, needless wars across the continent have left power generation facilities damaged and transmission lines cut, adverse weather patterns have brought about droughts that have hampered hydroelectric power generation but many years of corruption and misplaced priorities in numerous governments across Africa has created problems with proper maintenance of facilities resulting in aging equipment with little means of upgrading. Nigeria, an ideal example, operating at approximately one-third of its installed capacity due to aging facilities tried to solve this by privatising and unbundling every sector of power generation, transmission and distribution and lean more towards gas powered electricity generation.

The demand for power in Africa is growing at a rate that is leaving many countries unable to keep up as a combination of low electrification levels at present and high population growth rates all contribute to this high growth in demand. Considering nuclear powered electricity in sub-Saharan Africa for now is still a pipe dream and building new power installations is rather expensive, power sharing with neighboring countries through regional networks is a viable strategy in keeping the lights on in Africa medium term while the long term plan of installation of new facilities is ongoing.

Other sources of natural and environmentally friendly power generation like wind and solar energy being more available and affordable on a much wider scale are dependent on technological development based on intensive research on reviewing the efficiency of photovoltaic electricity systems which when installed in rural areas will generally help to keep the lights on in Africa by lifting the load on the national grid since majorly urban areas will be connected on that point. Kenya records one of the highest uptake numbers of photovoltaic systems in the world, with nearly 20 000 units sold annually all in an effort to keep the lights on and in turn boost economic productivity which is happening already. It is however worthy to note that the researchers in the West have little incentive to invest in making photovoltaic electrical systems more efficient and affordable as they already have cheap sources of power that they have managed well for decades and have consequently had uninterrupted power supply for many, many years.

It is expected that the African continent and specifically the sub-Saharan region would be serious enough to commit resources to research and development towards this aim.

At least, the large number of on-going power projects in Africa makes it a continent of opportunity for organizations skilled in the construction of installations for generation and transmission of electricity and other associated fields which in turn manifests in job creation for the locals.