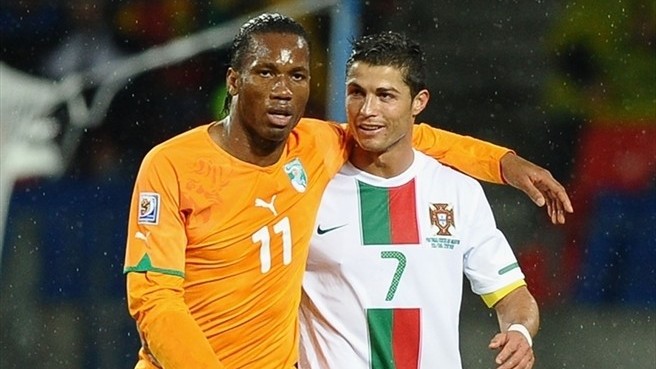 In a new campaign “11 Against Ebola”, players from some of Europe’s biggest clubs come together to promote preventative measures aimed at communities affected by the Ebola virus.

Using the slogan “Together, we can beat Ebola” and the hashtag #wecanbeatebola, players share 11 simple health messages selected with the help of doctors and health experts from Africa, the World Bank Group and the World Health Organization, among the organizations tackling the outbreak in West Africa.

Each message is amplified through animated films, radio content, banners, posters and photographs of the players.

“It’s inspiring to see the world’s top football players come together to help in the fight against Ebola,” saidWorld Bank Group President Jim Yong Kim. “By spreading important health messages to children, families, and communities in the Ebola-affected countries, the power of their celebrity will literally help save lives.”

The World Bank Group is mobilizing nearly $1 billion in financing for the countries hardest hit by the Ebola crisis. This includes more than $500 million for the emergency response and to help speed up the deployment of foreign health workers to the countries. An additional $450 million from the International Finance Corporation, a member of the World Bank Group, will enable trade, investment and employment in Guinea, Liberia and Sierra Leone.

According to the World Health Organization, as of November 9, 2014, a total of 14,098 confirmed, probable and suspected cases of Ebola virus disease (EVD) have been reported in six countries. There have been 5,160 deaths. Guinea, Liberia and Sierra Leone have seen the highest number of cases.

“It is so important that we get the right information to those affected by the Ebola outbreak,” said Neymar Jr. “We all hope this positive campaign will improve people’s understanding of the Ebola virus and help us to reduce the chances of it spreading. Let’s all get behind this campaign to help our brothers and sisters in the worst-hit regions. Together, we can beat Ebola.”