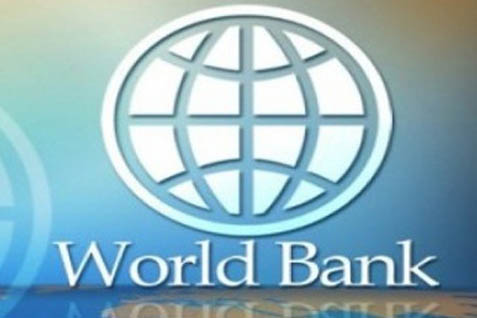 The World Bank Group’s Board of Executive Directors today approved a US$285 million grant to finance Ebola-containment efforts underway in Guinea, Liberia and Sierra Leone, as well as to help communities in the three countries cope with the socioeconomic impact of the crisis and rebuild and strengthen essential health services.  The grant is part of the nearly US$1 billion previously announced by the World Bank Group for the countries hardest hit by the Ebola crisis.

The grant provides additional financing to the Ebola Emergency Response Project approved by the WBG’s Board on September 16, 2014, including US$72 million for Guinea, US$115 million for Liberia and US$98 million for Sierra Leone, the three countries most-affected by Ebola.

With this additional financing, the World Bank Group is responding to the critical needs identified by the affected countries to step up their fight against Ebola,” said Jim Yong Kim, World Bank Group President. “This deadly outbreak is far from over, and the international community must continue to do everything we can to support these countries until we get to zero cases.”

The additional financing will enable the three countries to deploy additional national and international health workers, scale up community-based care and community engagement for early detection of suspected Ebola cases, more rapid confirmation of infection status, strengthened treatment and care, and safe burials to curb the epidemic. The funds approved today will be deployed by the governments of the three countries with the support of UN agencies.

In addition, the project will support an increase in diagnostic capacity for Ebola in Guinea, Liberia and Sierra Leone, by addressing logistical constraints and increasing laboratory resources for testing to reduce the time in confirming Ebola cases. It will improve and increase storage and distribution of essential supplies, and address specific social issues caused by the Ebola outbreak. The project will also help establish a regional network of public health institutes in West Africa that include disease surveillance and preparedness. This support will be critical to prevent the spread of the Ebola epidemic to neighboring countries as well as to develop a timely and effective regional pandemic response in the future.

“It is important to create health systems that are resilient and which can respond quickly to this kind of crisis. This means increasing efficiency, providing incentives to doctors and other health workers fighting the disease, and establishing the right kind of facilities so these countries can respond rapidly to the changing situation on the ground,” said Makhtar Diop, the World Bank’s Vice President for Africa.

The World Bank Group is mobilizing nearly $1 billion in financing for the countries hardest hit by the Ebola crisis. This includes more than $500 million for the emergency response and at least $450 million from the IFC, a member of the World Bank Group, to enable trade, investment and employment in Guinea, Liberia and Sierra Leone. A previously released World Bank Group analysis shows that if Ebola continues to surge in the three worst-affected countries and spreads to neighboring countries, the two-year regional financial impact could reach $32.6 billion by the end of 2015, dealing a potentially catastrophic blow to already fragile states.

According to the World Health Organization, as of November 14, 2014, there have been 14,413 reported cases of Ebola in eight countries—mostly in Guinea, Liberia and Sierra Leone—since the outbreak began, with 5,177 reported deaths.

*The World Bank’s International Development Association (IDA), established in 1960, helps the world’s poorest countries by providing grants and low to zero-interest loans for projects and programs that boost economic growth, reduce poverty and improve poor people’s lives. IDA is one of the largest sources of assistance for the world’s 77 poorest countries, 39 of which are in Africa. Resources from IDA bring positive change for 2.8 billion people living on less than $2 a day. Since 1960, IDA has supported development work in 112 countries. Annual commitments have averaged about $18 billion over the last three years, with about 50 percent going to Africa.