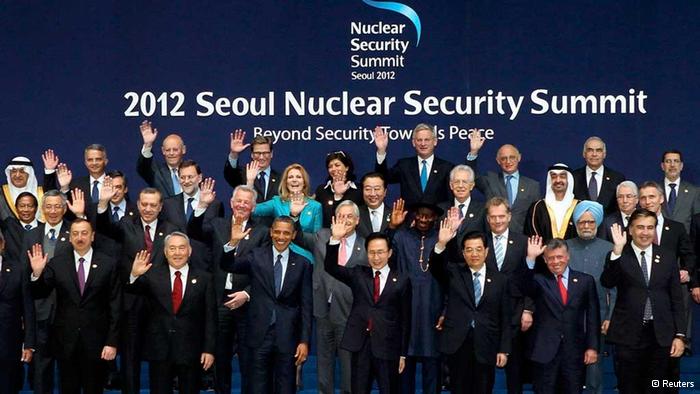 Of the 53 countries invited to participate in the 2014 Nuclear Security Summit that is taking place in The Hague today and tomorrow, six are from Africa.

This is a sure sign that Africa’s role in the future of international nuclear security remains crucial. Given the increase in nuclear-related activities taking place in Africa, this is a critical time for the continent to ensure that its voice is heard.

The first summit took place in Washington, DC in 2010, and was followed by the 2012 summit in Seoul, South Korea. These summits focus on measures to secure nuclear material to prevent such material from being used in acts of terrorism.

The six African states that are attending this year are Algeria, Egypt, Gabon, Morocco, Nigeria and South Africa. Despite the socio-economic and developmental challenges that African states face, many have made significant improvements to their nuclear safety and security since the start of the Nuclear Security Summit process.

“Despite numerous challenges, African states have significantly improved their nuclear safety and security ”

Algeria, for example, is in the process of updating its domestic regulations to strengthen nuclear safety and security in the country. It ratified the International Convention for the Suppression of Acts of Nuclear Terrorism (ICSANT) and established a Nuclear Security Training and Support Centre in 2011.

Egypt is in the process of establishing an independent authority tasked with controlling nuclear materials in the country – however, domestic political and security issues have made it unclear how much progress has been made.

Similarly, Gabon is currently enacting a new bill for a regulatory framework of nuclear and radiation safety, security and safeguards and is establishing the Gabonese Agency on Nuclear Safety and Security.

Morocco is in the process of ratifying the 2005 Amendment to the Convention on the Physical Protection of Nuclear Material (CPPNM). This country is also legislating a new law on nuclear and radiological safety and security, and taking steps to improve border control to more successfully detect and counter the illicit trafficking of nuclear materials.

Nigeria has also taken steps to ratify ICSANT, is establishing a nuclear security support centre and is in the process of converting its miniature research reactor from highly enriched uranium (HEU) to lower enriched uranium (LEU).

South Africa is currently in the process of ratifying the 2005 Amendment to the CPPNM and has successfully converted Mo-99 production from HEU to LEU use. In December 2013, the Nuclear Energy Corporation of South Africa signed a memorandum of understanding with Russia and Germany for assistance in the development of nuclear energy.

In recent years, African states have become increasingly aware of the dangers that nuclear proliferation can pose. However, domestic political, economic, and social matters still take priority over those of nuclear safety and security.

Although there is international agreement that issues related to nuclear security remain sovereign in nature and are thus the responsibility of individual states, there is growing recognition that a nuclear security event in one country could have an effect on other countries. There is also an acknowledgment that nuclear security is a global issue that needs to be addressed on a global level.

Given Africa’s growing prominence in the nuclear arena, African states should take this into consideration. It is estimated that more than 30 African states are currently in the process of uranium exploration, and nearly half the continent’s countries are seeking to use nuclear power to address chronic shortages of electricity.

The Treaty of Pelindaba, Africa’s nuclear-weapon-free-zone treaty, remains the continent’s benchmark framework on nuclear safety and security. African states continue to advance safety and security measures through continental bodies such as the African Commission on Nuclear Energy (AFCONE), the Forum of Nuclear Regulatory Bodies in Africa (FNRBA) and the African Regional Cooperative Agreement for Research, Development and Training related to Nuclear Science and Technology (AFRA).

In spite of the strides African sates have made in the field of nuclear safety and security, more can certainly be accomplished. African states should place greater emphasis on adopting, ratifying and implementing international and regional conventions.

Domestic tensions, especially those of a political and military nature, place significant pressure on African states. Although they often force governments to divert resources and attention from issues such as nuclear safety and security, the importance of these issues cannot be overemphasised.

Increasingly, African states are arguing that regional bodies such as the African Union (AU) and AFCONE should develop an African framework for nuclear security. There is a growing need for a thorough, continent-wide nuclear security threat assessment and it is envisioned that AFCONE, with the assistance of the AU, would be perfectly situated to perform such a task.

Developing relevant education and training programmes across the continent would also help to equip nuclear operators and regulators with the knowledge and skills they need to implement appropriate measures, and in accordance with international standards.

Now is a critical time for African states to develop a relevant nuclear security framework for the continent – one that would ensure the highest levels of nuclear safety and security without inhibiting states’ rights to the peaceful use of nuclear technology.

If Africa does not make its voice heard at international forums such as the 2014 Nuclear Security Summit, it runs the risk of having to implement a nuclear security framework that does not address the real security threats faced by the continent.