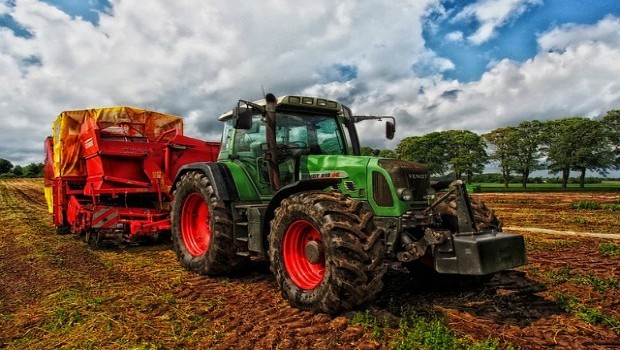 While Western Europe led the colonization of Africa in the 19th century, a new race for Africa, led by East Asia and the Gulf, is taking shape.

The 2008 financial crisis demonstrated the consequences of rising fuel and food prices. In particular, developed and emerging market countries with sparse arable land have become acutely aware of their vulnerability to food security, all the more so in the face of climate change. Moreover, foreign corporations have discovered the potential profits that can be made from supply disruptions, and have been pursuing massive land contracts across the global South.

In 2009, Daewoo Group, the South Korean conglomerate, negotiated a deal with the Madagascan government to lease 1.5 million hectares for use as farmland for fifteen years. The deal eventually fell through after intense public backlash in Madagascar, which is not surprising, given that the proposed lease was equivalent to half of the country’s arable land.

Ethiopia has leased 10,000 hectares to Saudi Arabia for rice and soybean production, all of which are destined for the Saudi market. Since 2008, the total hectarage that Ethiopia has leased to foreign entities is enough to match the entire landmass of France.

China accounts for about 20% of global food consumption, but possesses only about 10% of the world’s arable land. Likewise, India is another emerging economy with spectacular demographic growth. Backed by favorable government loans, Indian and Chinese agribusiness firms have purchased massive tracts of farmland across Africa through opaque deals with host governments.

According to estimates compiled by different NGOs, over 32.9 million hectares (81 million acres) of land in developing countries have been ceded to foreign investors in recent years, with another 54 million hectares in the pipeline.

While food security is a major driving factor, the potential for profit is leading private investors to join the fray.

Hedge funds, investment banks, and even university investment funds are capitalizing on the increasing value of arable land. BlackRock, a leading asset management firm, established an investment fund for farmland that has raised over $450 million. Harvard, Vanderbilt and several other American university endowment funds have invested in the purchase or lease of African farmland.

Ostensibly, African governments agree to such massive deals in exchange for foreign investment into critical infrastructure projects, which can contribute to long-term economic growth. However, one cannot ignore the steep costs of such deals. Local farming communities are often evicted without adequate compensation, and the establishment of massive, single crop farms can be highly detrimental to the environment.

“Villagization” is another issue that has come from land acquisitions, as entire communities have been forcibly relocated to clear land for use by investors. The host-government-led resettlement campaigns have drawn comparisons to the brutal collectivization campaigns promoted by Stalin, and prominent NGOs have sought to raise awareness on the issue.

In the wake of climate change and demographic shifts, the consequences of land grabbing will be amplified. Disenfranchisement is widely considered to be a motivating factor for terrorism and violence. Accordingly, the loss of livelihood for rural communities will only reduce their trust in national governments, while driving youth towards criminal endeavors.

Africa contains an abundance of resources, booming youth populations, and one of the world’s largest potential consumer markets. If the opportunities are capitalized upon, the continent could fuel the next period of global economic growth.

Letting issues such as land-grabbing go unaddressed, however, could mean squandering the global economic prospect of the century.

This Article first appears on Global Risk Insights. It was written by Samuel Doo, a graduate associate at OPIC, a U.S. developmental finance institution that provides political risk insurance and financing options for emerging market investments.