African Leadership Magazine
Home Africa Is Nigeria On The Brink Of Political Collapse? 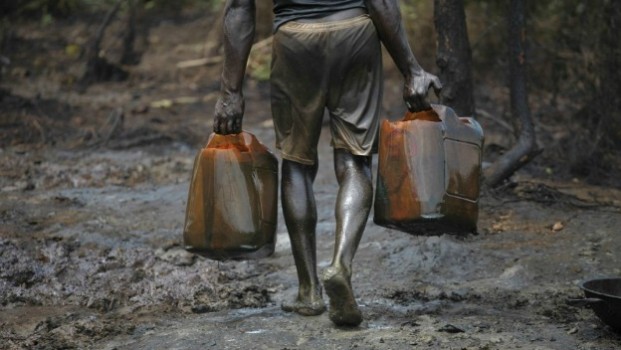 Between falling oil prices and instability in the country’s north linked to a militant insurgency by Boko Haram, Nigeria could be on the brink of social and political collapse. Nigeria must re-invigorate a national effort against the militant group.

Boko Haram has entered a new phase in its war against Nigeria and its neighbours, as evidenced by the recent spate of attacks against key towns in northern Nigeria. In early January, Boko Haram attacked and occupied the northern Nigerian town of Baga in a brazen attack that resulted in as many as 2000 deaths.

This attack was an important escalation in Boko Haram’s war against the government and neighbouring countries such as Cameroon. Accompanying the Baga attack was a video in which the militant group declared the beginning of a campaign against all countries in the Chad Basin involved in the fight against Boko Haram.

These new attacks and brutal tactics stunned the international community and exposed the reality that Nigeria is losing its war in the north. This new perception could further weaken Nigeria’s efforts as neighbouring countries have begun to withdraw support and lose confidence in Nigeria’s ability to contain Boko Haram.

In the wake of the Baga attack, Niger refused to help retake the town and pulled its entire contingent out of Nigeria. This was closely followed by similar measures by Chad which also pulled its security contingent out, albeit only briefly. These withdrawals are undoubtedly a massive blow to Nigeria’s counterinsurgency efforts and regional prestige.

The latest attacks and increasing numbers of insurgents throughout the region have also highlighted how Goodluck Jonathan’s government has been unable to equip its military with even basic equipment and supplies. Stories of understaffed Nigerian troops fleeing from Boko Haram attacks are now commonplace.

Baga is a turning point in the conflict

Baga was home to a major military installation of Nigerian and multinational forces, but this offered little protection to villagers who escaped a brutal attack, reporting stories of unarmed Nigerian troops running from Boko Haram.

The incident comes on the heels of a Nigerian court martial that sentenced 54 Nigerian troops to death for mutiny for failing to fight off Boko Haram militants, despite arguments that they were given inadequate tools to fight against Boko Haram and thus had little choice but to flee.

Boko Haram insurgents took another major military base in Monguno, gateway to the strategic city of Maiduguri, on January 25 as Nigerian troops again retreated in the face of Boko Haram attacks. Considering that President Jonathan had visited Maiduguri only a week prior on his re-election campaign and promised to end the insurgency if re-elected, this was another massive blow to the credibility of the Nigerian government.

Boko Haram’s increasingly frequent attacks and brutal tactics are gasoline on Nigeria’s political powder keg. While it is widely believed that President Jonathan will be re-elected, the latest attacks have emphasised why many Nigerians no longer trust the military, nor believe it can defeat Boko Haram.

If the government loses the trust of the Nigerian population, it is possible that they will turn to Boko Haram to bring security and stability. As unlikely as this might sound considering the brutality of the group, history provides numerous examples of people choosing safety and oppression over insecurity and conflict.

Moreover, Cameroon and Niger Nhave accused Nigeria of providing inadequate troop levels and equipment in the fight against Boko Haram, and demand Nigeria do more using its own resources rather than relying on external forces. While its neighbours are still involved in the fight for the time being, the cracks in the regional alliance are widening each day as Nigeria faces military setbacks.

To reverse these failures, Nigeria must re-invigorate its campaign against Boko Haram, utilising all parts of the Nigerian state to combat the insurgency in a truly national effort. Yet, not only is this unlikely given President Jonathan’s disregard for the north, it might now be impossible. Nigeria is a clientelist state that serves to benefit President Jonathan’s friends and family, who siphon off millions of dollars of state money into private accounts. Such corruption has contributed to the inadequate provision of material to Nigeria’s military, rendering it incapable of effectively fighting Boko Haram.

Corruption has so riddled the state that despite the urgency of the issue, the Nigerian government is largely unwilling to divert funds from state coffers to increase the military capacity to fight Boko Haram. Furthermore, as the price of oil continues to free-fall, Nigeria may lose the ability to raise the revenue required to re-equip the military to adequate levels to fight an insurgency, even if the political will exists.

The impact of the falling price of oil

Beyond military funding, falling oil revenue has broader implications for Nigeria. With less revenue from oil, the government has less money to pay off its associates, which, in return for the implicit permission to operatemassive oil smuggling operations, have provided a level of stability in the south.

As pay-outs diminish, increased instability throughout the country would further cripple an already weak central government. This very real possibility would allow Boko Haram to operate with even more impunity in the north, as the central government becomes preoccupied in the south. Boko Haram could then expand its campaign further into neighbouring countries, destabilising the entire region.

In this perfect storm of corruption, conflict, and falling oil prices, Nigeria is becoming less attractive for foreign investment, despite its massive oil reserves. As the Niger Delta witnesses increased instability and corruption along with the spectre of political destabilization in the south, foreign investment in Nigeria could dry up. The lower oil prices and increased political risk will change outsiders’ investment calculus, reducing the incentives for foreign firms to invest in Nigeria.

While Nigeria and its neighbours have agreed that the war against Boko Haram will become their highest priority, the situation on the ground looks grim and few people believe the government’s rhetoric. For Nigeria, internal dynamics and global economic forces have joined to ensure that a victory over Boko Haram in the near future is highly unlikely but a social and political collapse in Nigeria, as well as regional destabilisation, is a very real possibility.