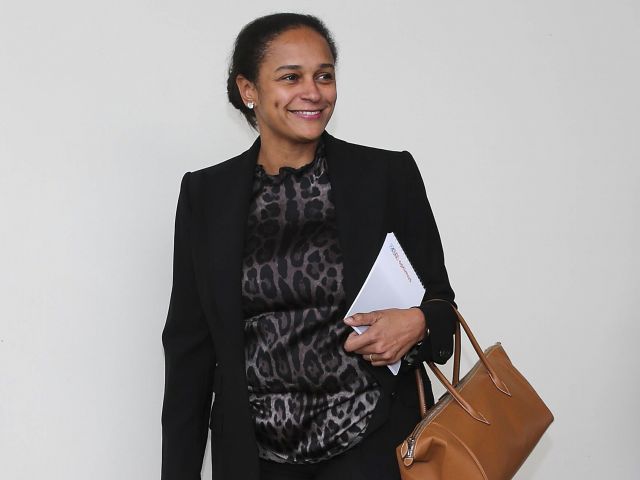 When Angolan President Dos Santos by a presidential decree appointed Isabel Dos Santos, his daughter and famous billionaire investor as the Head of Sonangol, the Angolan state oil giant, in June, a number of critics were quick to underline the president’s action as unconstitutional and an effort to cement his dynastic grip on power in the oil producing country.

President Dos Santos had sacked members of the board of Sonangol, replacing it with new executives as part of efforts to restructure the 40-year-old company to be more efficient and effective in the light of the prevailing challenges in the sector of the African economy.

The petroleum sector is the main sector of the Angolan economy. It accounts for about 47% of the country’s total GDP, 98% of export earnings, and 75% or two-thirds of government revenues. Occasioned by the oil boom, the country’s Gross Domestic Product (GDP) had a robust annual average growth of 9.93% GDP between the year 2000 and 2015. However, the drop in the prices of crude oil at the international market has put Angola’s oil-dependent economy under severe pressure with an expected relatively slower growth of 2.7% between 2016 and 2012.

Established in 1976, Sonagol, being a sole concessionaire, is responsible for the exploration, production, manufacturing, and transportation and marketing of hydrocarbon as well as other business activities in the petroleum sector. The company, due to its continued growth, diversified into other sectors, providing services in telecommunications, transportation, and health through MSTelcom, SonAir, and Clínica Girassol. It also provides services in the real estate sector through housing cooperative, such as (Sonip).

As equivocal as the president’s action of appointing his daughter as head of Sonagol seems, with reports indicating that Sonangol has over the years experienced a total shortfall of about $US50billion due to gross mismanagement, there is no doubting that restructuring Sonagol towards efficiency, and transparency would help close up financial leakages and churn out funds to spur economic growth and infrastructural development. It is to this end that the President appointed the billionaire businesswoman.

But, being seen from a political and chauvinistic angles as a “daddy’s girl” heading the position which is considered the most powerful in the country, next to the presidency, critics tend to doubt her competence and capabilities. Can Dos Santos bring the needed restructuring to the sector? Her business profile reveals her business competence and character.

Having a father as president, it seems the Africa’s richest woman succeeded in business as a result of her family’s connections. But the 43-year old woman has always been business-mined, having forayed into business at the age of six with the sales of chicken eggs. The successes of her investment history in key sectors, such as telecommunications, demonstrate her business acumen.

Dos Santos’ first investment was in 1977 when the owner of Miami Beach lured her into investing in a run-down bar-restaurant in Luanda; after which she established a trucking business. When she bought a stake of 25% in Unitel, the first mobile telephony operator in Angola, though there were speculations around the tender process, the success of the investment portrayed her savviness and positioned her as a major player in the telecommunications market the business of mobile phones exploded in Africa.

It is also relevant to mention her successful diversification push into the financial sector, involving in Banco Internacional de Credito (BIC), a private bank in Portugal, which has enjoyed significant growth with assets of about $US7b. She has been involved in the media market as well, with a share of about $US400m. As expected of a savvy investor and astute entrepreneur, she never hesitates to invest profits from her successful projects into other business interests.

Admittedly, her family’s connection must have somewhat influenced her business successes in whatever ways, but facts remain that Dos Santos combines handwork, determination and shrewdness with the resources and connections at her disposal to achieve success. These competences and character would come to play at Sonagol.

In her first interview with journalists after her appointment as head of Sonagol, Dos Santos dismissed suggestions that she was brought in by her family connections rather than business acumen, she said “it’s not because of politics,” the Sonangol chief executive said of her appointment. “I was brought into this project because of my experience from the private business sector.”

Truly, she has the experience to transform the petroleum sector. She has revealed to journalists that Sonangol would spin- off investments in non-core areas, such as banking and real estate into a separate fund. Allowing the company to focus exclusively on oil would unequivocally help foster effectiveness and increase transparency.