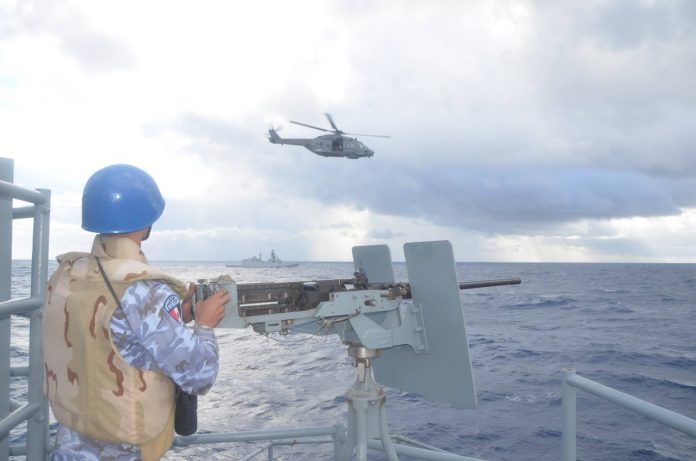 Egypt, the UAE and the US have carried out joint drills in the Red Sea in a bid to cement ties and support maritime security and stability in the region. Saudi Arabia will participate as an observer, said a spokesman for the Egyptian army, for the “Eagle Salute – Eagle Response 2019” exercise which includes the removal of marine mines and explosives. The drill was carried out against the backdrop of rising tension in the Strait of Hormuz in the Gulf through which 20 per cent of all crude oil passes.

Last Friday Iran impounded a British-flagged petrochemicals tanker in the strait they said had collided with a fishing boat and violated international law. This came after the UK seized an Iranian ship off Gibraltar it suspected of carrying oil to Syria in contravention of EU sanctions against Bashar Al-Assad.

In a weekly cabinet meeting yesterday Iran’s President Hassan Rouhani suggested that if the UK releases the Iranian oil tanker then Iran will release the British-flagged vessel.The UK government has now said its navy will accompany British-flagged vessels in the strait, despite previously saying it would not do so.

In recent weeks the US has blamed Iran for several attacks around the Strait of Hormuz – in June Iran was accused of attacking oil tankers in the Gulf of Oman and shooting down a US drone from UAE territory. The tension has spiraled since last year, after US efforts to force Iran to renegotiate a 2015 nuclear deal by tightening sanctions on the country.The UAE and Egypt are major allies of the US.

At the end of June Egyptian authorities seized a Ukrainian oil tanker carrying Iranian oil as it passed through the Suez Canal then shortly after Egypt’s Supreme State Security Court sentenced six people to jail on charges of spying for Iran.

Last week an oil tanker from the UAE turned off its tracker leading the US to suspect it had been taken by Iran, whilst Iran’s foreign ministry said it had rushed to aid an unidentified tanker that had suffered a technical glitch.