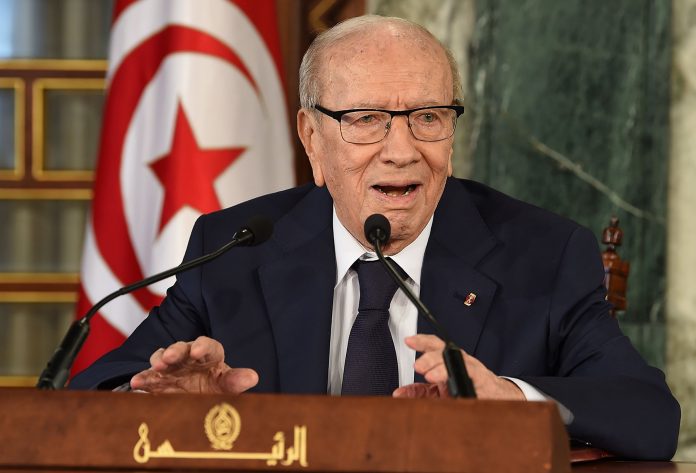 Tunisian president, Beji Caid Essebsi, a major player in the north African country’s transition to democracy after a 2011 revolution, has died, the presidency said on Thursday. A leading figure in the country’s fortunes since 2011, Essebsi was hospitalised late last month and spent a week in hospital after suffering what authorities described as a severe health crisis.

“On Thursday morning, the President of the Republic died at the military hospital in Tunis … The burial ceremony will be announced later,” the presidency said in statement.

According to the constitution, the speaker of parliament will temporarily serve as president. Essebsi has been a prominent politician in Tunisia since the overthrow of veteran autocrat Zine El-Abidine Ben Ali in 2011.

Essebsi had limited powers compared with Ben Ali, and was mainly responsible for foreign and defence policies.Tunisia has been hailed as the only democratic success of the Arab Spring uprisings against dictatorship, with a new constitution and free elections in 2011 and 2014.

After the overthrow of Ben Ali, Essebsi led the immediate transition as prime minister in 2011. He was elected president three years later. Essebsi had also been a senior figure before 2011, having served as foreign minister under state founder Habib Bourguiba and parliamentary speaker under Ben Ali.Parliamentary elections are expected to be held on October 6 with a presidential vote following on November 17.