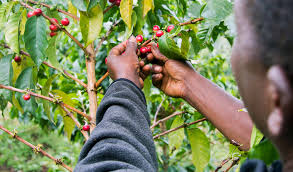 Kenya may have been grappling with low-coffee production over years but her beans still stand out as the best in the world market, according to the International Coffee Organisation (ICO).

ICO executive director Jose Sette said despite declining production over the years Kenya has maintained quality of her beans making it the most sought-after beans by roasters to blend other world coffees.

“Despite producing less volume, Kenya coffee is highly sought-after and equally fetches the highest prices in the world market. I urge Kenya coffee stakeholders to work together with a view to increasing output for the benefit of the small-scale farmers,” said Sette.

The value of the Kenyan coffee has been consistently on the rise since last December with Nairobi Coffee Exchange predicting the series of good prices should continue up to next month. “We are getting good coffee from farmers and this has led to high demand of our coffee at the auction, a move that has helped to increase the value,” said NCE chief executive officer Daniel Mbithi.

In January, Grade AA realised the highest price of $655 (Sh66, 810) for 50kg bag. According to Kenya Coffee Sub-sector Implementation Committee appointed by President Uhuru Kenyatta last year to implement new reforms in the industry says coffee production declined from 130,000 tonnes in 1987/88 coffee year to around 40,500 tonnes. This represent 66 per cent decline for the last 30 years.

An important pattern is the liberalisation of the coffee sectors following the dismantling of the export quota systems under the International Coffee Agreement in 1989.

Regulatory frameworks and national coffee institutions, such as coffee boards which were buying coffee from farmers at institutional prices to market the coffee in Europe and other centres of consumption at the time, were dissolved,” said Sette.

Kenya coffee is classified in the category of Colombian milds or fine arabica coffee that fetches the highest prices in the world market. Other countries that produce this type of coffee include Colombia and Tanzania. Uganda has in recent years started producing arabica but of low quality compared to Kenya.

According to data from ICO, Kenya is number four in Africa in terms of production after Ethiopia, Uganda and Cote d’Ivoire. Though, Uganda’s more than 80 per cent of its production is robusta.