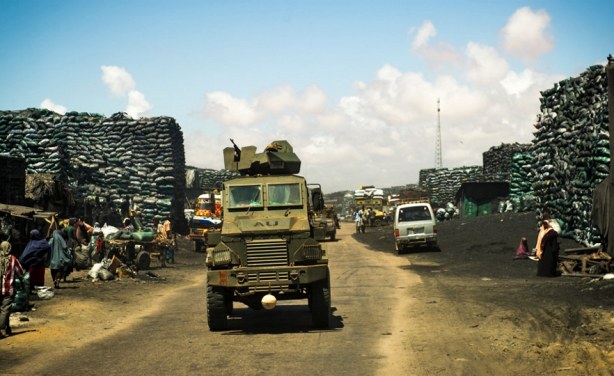 Nairobi — Kenya will host the Africa Union Peace and Security Council Summit on Terrorism, to be attended by a number of Heads of State and Government from the continent on Tuesday.

Already, six presidents have confirmed attendance at the one-day summit among them the leaders of Chad, Niger, Nigeria and Somalia.

The presidents of Tanzania and Uganda will also be present.

The meeting is expected to agree on concrete steps meant to enhance the ongoing efforts to effectively address the threat of terrorism, including the early ratification and domestication of the relevant AU and international instruments.

Prime Ministers of Namibia and Algeria will lead their countries’ delegations as will Burundi’s First Vice President. Delegations to be led by ministers include Gambia, Ethiopia, Libya and South Africa.

High level ambassadors from Equatorial Guinea and Mozambique will represent their countries.

The summit will also seek ways of mobilising for additional support to Africa’s efforts and the enhancement of international coordination and collaboration in the war against terror.

It is also expected that during the meeting, regional leaders “will agree on practical steps to enhance the implementation of the AU counter-terrorism framework at national, regional and continental levels.”

The summit comes as Kenya continues to face security challenges emanating from various terrorist attacks and the continued threat from Somalia’s Al-Shabaab terror group which has vowed to continue with the trend until the Kenya Defence Forces move out of Somalia.

Nairobi and Mombasa have been the worst hit by the attacks which have lead to deaths and destruction of property.

President Uhuru Kenyatta has since challenged regional police chiefs to consolidate their efforts in combating terrorism and other crimes.

On August 7, President Barack Obama said the US would continue to help build the capacity of Kenya’s security services and better equip them to deal with the problem of Al Shabaab and other security threats.

His support was also extended to other African states during the US-Africa leader’s summit.

They included Niger, Mali, Nigeria, Ghana and Tunisia to begin with.

“We’re launching a new security governance initiative to help our African countries continue to build strong, professional security forces to provide for their own security,” Obama reported to the press after meetings with the African heads of states who attended the US-Africa Leaders Summit in Washington DC.

Obama announced that the US was entering into a rapid response partnership, with six African countries who had demonstrated a track record as peace keepers.

On the sidelines of the US summit, President Kenyatta had complained that Kenya has been neglected in the war against terror.