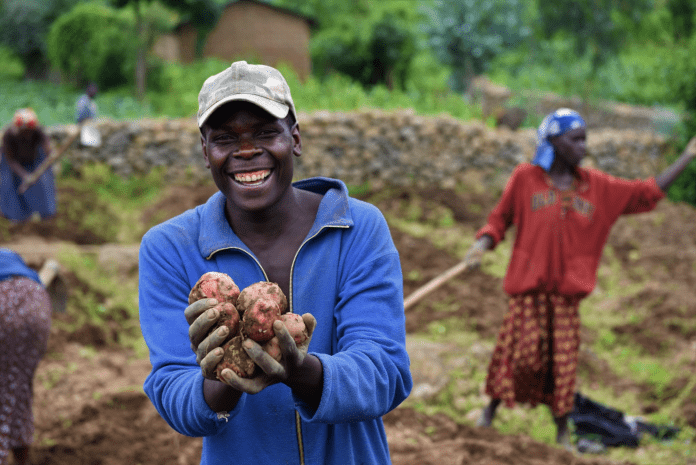 Cassava is a staple food in many African countries. However, the process of cultivation of the crop is tedious. These challenges fueled the need to develop improved methods of cultivating and processing cassava.

Conveniently, the Kenya Agricultural and Livestock Research Organization (Kalro) has developed six new, improved cassava varieties that mature in record time. The introduction of these varieties of cassava will simplify the cultivation and production of cassava.

“These varieties mature in eight to 12 months and have the potential of producing up to 28 tonnes per acre. They produce high-yield cassava that can stay for up to 24 months in the soil after maturity without going bad. “Adding they are resistant to cassava brown streak virus and cassava mosaic virus.

“Land preparation is key,”  “This is done to remove weeds and incorporate biomass into the soil to ensure the good establishment of the cassava cuttings. It also facilitates initial root penetration and thickening, easier harvesting, and higher yields,” she states.

On the ideal spacing of the new species, she recommended: “The ploughing should be done to a depth of 15 – 30cm, followed by harrowing to a depth of 10cm.

“One can use herbicides to eliminate weeds, or in less weed-infested fields, a farmer should simply slash and till by hand, oxen or tractor.”

“non-branching varieties like Siri may be grown in a higher density of 1 metre by 0.5 metres. For seed production, a spacing of 0.5 by 0.5 metre can be used.”

“While intercropping, the recommended planting density is 10,000 cassava plants. Where one plant – maize, for instance – is to be planted, it should be done 20cm apart between cassava rows.”

Regarding soil fertility, she noted that the cassava crop has an extensive root system that makes it possible for the crop to perform well in poor soil conditions.

However, she highlighted that for improved performance: “NPK fertilizer with 20 nitrogen, 1.8 phosphorous and 13.8 potassium can be used for every extra ton of tubers.”

Weed competition is one of the significant challenges facing the cultivation of cassava. Therefore, Dr Munga stressed that: “The first weeding should be within the first month of planting and should be repeated at eight and 12 weeks depending on weed pressure.”

Harvesting the cassava can be done manually or with the use of a mechanical pull harvester.