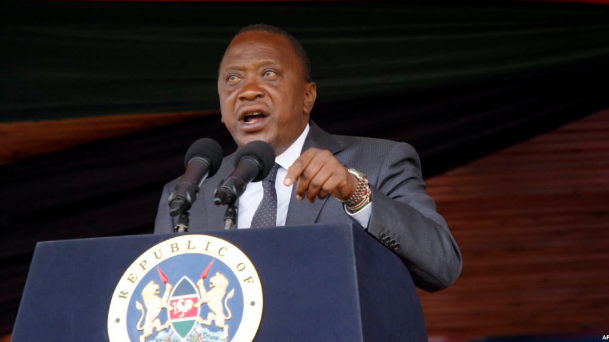 Kenyan President Uhuru Kenyatta has been reminded of the importance of public confidence in the judiciary, and the effects lack of confidence can have on the electoral process.

This warning came from Kenya’s chief justice Sunday, ahead of the forthcoming general elections in the country which is less than a month away.

Kenyatta who had earlier cautioned against any use of the court process to delay the elections said: “They are taking us for fools. I want to tell those in courts, we have respected you. But do not think respect is cowardice. And we will not allow our opponents to use the courts and to intimidate the IEBC, thinking they will win using the back door.”

Chief Justice David Maraga in a statement he released a few hours later, stated: “When political leaders cast aspersions on the administration of justice based on a misinterpretation of my statements, it has the potential to impair public confidence in our courts, and this concerns me a great deal.”

Kenyatta’s chief rival, veteran opposition leader Raila Odinga, the head of the National Super Alliance, has already brought before the court, cases against the electoral commission, including a case, settled on Friday regarding the contract to print the ballot papers. Ralia Odinga said that the contract wasn’t awarded transparently.