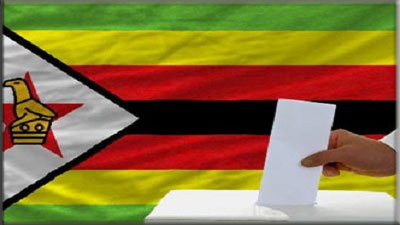 The Zimbabwe Electoral Commission (ZEC) has recently ruled out the possibility of foreign-based citizens voting from outside the country, saying the law does not have provision for that.

ZEC chairperson Justice Rita Makarau said external voting was a settled issue after the Constitutional Court dismissed a case in which one Tavengwa Bukaibenyu lost a bid to compel the electoral management body to provide mechanisms for those in the Diaspora to vote.

Justice Makarau said this while addressing political parties and senior media practitioners during an update on the 2018 polls.

She said those in the Diaspora should return to Zimbabwe not only to register to vote but to exercise their right to vote while in the country.

“There is an issue that has come up time and again and we need to put an end to that. Will diasporans be able to register to vote? Yes, they can register to vote. They can come back here, present themselves before a voter registration officer, with their proof of identity and an address within Zimbabwe. Come voting day, voting has been allocated to a polling station. Will we establish polling stations outside Zimbabwe? No!” said Justice Makarau.

She said they were bound by the Constitutional Court ruling dismissing the application for those in the Diaspora to vote where they are based.

“The Constitutional Court, although it was using the old Constitution said no. We are being guided by that ruling unless it is changed.

“I just wanted that to be clear. We are not going to set up a polling station outside Zimbabwe not because we do not want to, but because the law said we cannot and the Constitutional Court, which is the highest court in the land has come up in support of that position. So if you are to fight that battle, do not bring it to ZEC, please take it back to court.”

Mr. Bukaibenyu had cited the Minster of Justice, Legal and Parliamentary Affairs, ZEC and the Registrar-General as respondents.

Justice Makarau’s assertion dovetailed with a view by University of Zimbabwe law lecturer Professor Lovemore Madhuku who told legislators recently that the right to vote is not absolute.

He said in terms of the Constitution, the right to vote was not listed among those rights that cannot be taken away, meaning such a right can be withdrawn in certain circumstances.

Prof Madhuku was addressing legislators and civic society last week during an interface meeting aimed at considering a petition to Parliament by the Election Resource Centre that wanted the Government to amend the Electoral Act.