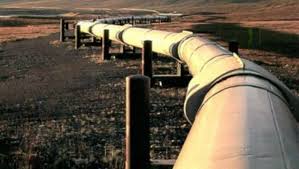 The Kenyan and Ugandan presidents held talks on Monday about which route to choose for an oil export pipeline that Kenya wants to go through its territory rather than neighbouring Tanzania, but discussions did not reach any final deal.
Land-locked Uganda, which like Kenya has oil fields it is seeking to develop, has sent conflicting signals about its preferred route, which needs to be confirmed and evaluated for energy companies to decide on commercial production.
Last year, Uganda’s Yoweri Museveni and Kenya’s Uhuru Kenyatta made a joint call to implement a pipeline through Kenya “without further delay”. This year, Uganda said it planned to build a pipeline through Tanzania instead, bypassing Kenya.
In a statement after Monday’s talks in Nairobi, Uganda and Kenya said they would meet again in two weeks in Kampala, giving technical teams time to assess the two routes and factors such as which is cheaper and easier to build.
France’s Total, which has a stake in the Ugandan fields, has previously raised security concerns about the Kenyan route. Sections of the Kenyan pipeline could run near Somalia, from where militants have launched attacks on Kenya.
Britain’s Tullow Oil, which has stakes in both Ugandan and Kenyan fields, is pressing for the Kenyan route, saying it will be cheaper for Uganda as costs will be shared between more producers.
China’s CNOOC also has a stake in Uganda.