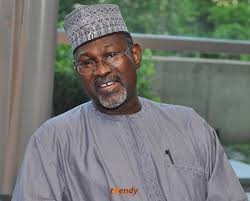 Former Chairman of the Independent National Electoral Commission (INEC), has been appointed to head an advisory committee that will revive the educational sector in Sokoto, Kebbi and Zamfara states of North-West Nigeria.
Jega, who hails from Kebbi State, will work with six other professors from the zone and will advise governors of the three states on how to fix the myriad of problems facing the sector, especially at the tertiary education level.
The five other members of the committee include former Vice-Chancellors of Usman Danfodio University, Sokoto, Prof. Riskuwa Shehu and Prof. Tijjani Bande. The rest are Professors Zayyanu Umar, Lawal Bilbis and Umar Chafe.
Presenting a report of the committee to Governors Aminu Waziri Tambuwal, Abdulaziz Yari and Abubakar Bagudu of Sokoto, Zamfara and Kebbi respectively, Jega said time had come for all stakeholders in the three states to close ranks and collectively face the challenges together.
He said that there was the need to reposition institutions of higher learning in the three states that made up the old Sokoto State to enable them operate according to their core mandates.
Jega among other recommendations stressed the need for improved funding of the institutions, reinvigorated trainings and promotion of exchange programmes among institutions in the states.
The committee also advised the states to establish a joint education tax fund in the mould of the Federal Government-funded TETFUND and revive the former remedial school to be established in one of the states to prepare students for higher studies.
Receiving the report on behalf of his colleagues, Yari stated that even though Sokoto had already declared a state of emergency on education in education, both Zamfara and Kebbi will follow suit.
He said that the three governors would liaise with their various state houses of assembly and commissioners of justice to review the laws that established the institutions.
“We will also allocate nothing less than 35 per cent of our annual budgets to the education sector,” he added.