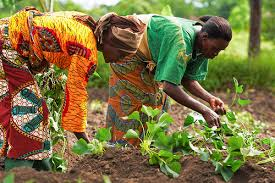 Ministers of Gender and Women’s Affairs of the ECOWAS countries have recently pledged to work to ensure that gender is adequately addressed in the implementation of the ECOWAS Zero Hunger Initiative.
The Ministers made the commitment in New York, in a communique adopted at the official launch of a Technical Cooperation Programme between ECOWAS and FAO on “Gender Responsive National and Regional Agricultural Investment Plans for Meeting the Zero Hunger Challenge in ECOWAS Member States”.
ECOWAS Commissioner for Social Affairs and Gender, Mrs Fatimata Dia Sow expects the project to contribute to the achievement of the people through ECOWAS Vision 2020, which seeks to “create a borderless, peaceful, prosperous and cohesive region, built on good governance, and where people have the capacity to access and harness its enormous resources through the creation of opportunities for sustainable development and environmental preservation.”
The final communiqué reaffirmed the Ministers’ pledge to work with key partners including Ministries of agriculture, environment, economic planning and finance, United Nations Agencies, civil society organizations, the private sector, the media and the international community to advocate for gender mainstreaming in the implementation and monitoring of the Regional Partnership Pact for the Implementation of the ECOWAP/CAADP 2025.
It also expressed their determination to strengthen capacities of the ECOWAS Commission and Government institutions for expanding women’s opportunities in inclusive agricultural growth and transformation in the ECOWAS region. This involves gender responsive and inclusive agricultural policy and programme design, financing, implementation and monitoring.

In a statement delivered on behalf of Mr Bukar Tijani, FAO Assistant Director-General and Regional Representative, Ms. Carla Mucavi, Director of FAO Liaison Office to the United Nations, said the Organization recognizes the centrality of gender equality and women’s empowerment to its mandate to achieve food security for all by raising levels of nutrition, improving agricultural productivity and natural resource management, and improving the lives of rural populations.
“Our Policy on Gender Equality adopted in 2012 aims at advancing equality of voice, agency and access to resources and services between women and men in sustainable agricultural production and rural development”, she stated.
“The gender initiative was very timely as it will provide an opportunity to put into practice gender responsive budgeting in the implementation of ECOWAP, the Common Agricultural Policy in the ECOWAS region. It will also strengthen gender equality outcomes in the implementation of the ECOWAS Zero Hunger Initiative and Regional
Agricultural Investment Plan, while leading to the development of an ECOWAS Action Plan on Gender and Agriculture “, Ms. Mucavi added.
Ms. Tacko Ndiaye, Senior Gender Officer at FAO Regional Office noted that FAO had stepped up the implementation of its Policy on Gender Equality for a 50-50 Planet where women and men, including youth women and young men are equally empowered along agricultural value chains, using multi-fold approaches.