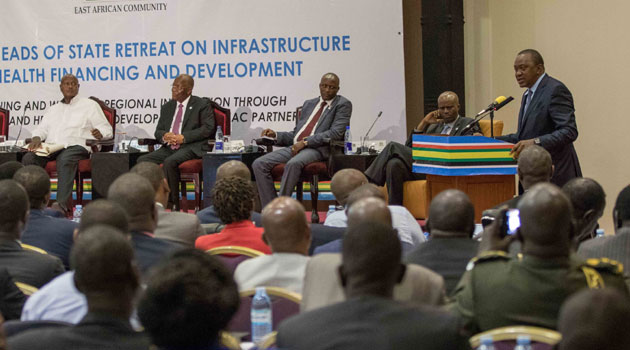 The Kenyan government has raised a new $2 billion (Sh204 billion) Eurobond despite the International Monetary Fund (IMF) team’s cautionary call on the growing public debt, currently in the country to review a precautionary credit facility, raised a red flag

According to a statement by the National Treasury, the government team managed to conduct a successful road show with international investors that drew a significant level of interest in the issue, leading to oversubscription.

The bond which was jointly arranged by Citi, JPMorgan, Standard Bank and Standard Chartered Bank was executed at the London Stock Exchange and Irish Stock Exchange.

“This issue was seven times oversubscribed. And makes it one of the highest order book for an issue from Africa,” the Treasury statement said.

“The fact that we got $14billion (Sh1.4 trillion) in investor appetite, (this) reflected the continued support the country receives. We now have a dollar yield curve stretching out to 30 years, making Kenya one of only a handful of governments in Africa to achieve this.”

Treasury said proceed money will go to fund government’s development initiatives and liability management. This includes servicing loans like the earlier $750 million (Sh7.6 billion) bond, which is expected to mature before June this year.

The Treasury exuded confidence that the issuance of the bond supports the government’s liquidity and also confirms the vibrancy of Kenya’s economy.

According to the IMF Resident Representative for Kenya, Jan Mikkelsen, the 30-year yield, investors have shown their long-term belief that Kenya is a stable economy in which long-term investments are safe. It also shows investor comfort with the continuity of government following elections last year.

We are reviewing the current programme ending in March and then hopefully we will get to an agreement for a new programme going forward. Money for the current credit facility was only made available to the government as a buffer and the new facility will be the same.

“Kenya’s economy is resilient and strong and CBK has put in place sufficient reserves to withstand any shocks. That is why the government did not go for the precautionary credit,” he added.