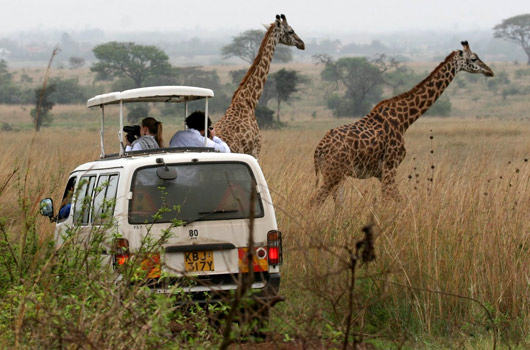 Kenyan growth picked up in the first quarter of 2016, helped by improved performance across the economy and especially tourism, the statistics office said on Thursday.

The Kenya National Bureau of Statistics (KNBS) said in a statement the economy expanded by 5.9 percent in the first three months of this year from 5.0 percent in the same period last year.

In 2015, East Africa’s biggest economy struggled with a number of challenges including attacks blamed on Somalia’s al Shabaab militants that scared away tourists and eroded foreign exchange earnings in the key sector.

“The economy is estimated to have maintained the growth momentum that started during the second quarter of 2015,”the Kenya National Bureau of Statistics said in a statement.

“The most notable improvement was a rebound in activities of accommodation and food services which expanded by 12.1 percent in the period under review compared to a contraction of 11.4 per cent during the same quarter in 2015.”

The statistics office said agriculture, forestry and fishing grew by 4.8 percent in the quarter compared with 2.9 percent registered in first quarter 2015.

It said the information and communication sector grew by 9.7 percent from 8.6 percent previously, helped improved performance in the mobile phone industry.

The government forecasts the economy will grow 6 percent in calendar year 2016 and by 7 percent a year in the medium term, compared with 5.6 percent growth last year.