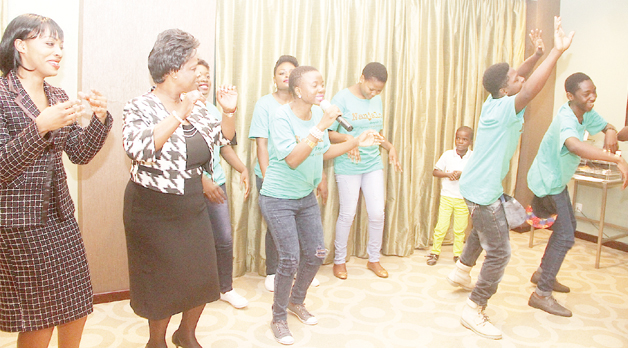 FIRST Lady Esther Lungu has recently reiterated the need for the nation to work together in halting child marriage as it is an economic barrier. Zambia is one of the countries ranking highly in early marriages.
According to United Nations data, about 42 per cent of women in Zambia aged between 20 and 24 years married before the age of 18 years.
Ms Lungu was speaking during the launch of a song carrying the title ‘Nanjalo’ and the Corporate Champions Initiative in Lusaka yesterday.
“Unless we all work together to end child marriage, Zambia will continue to lose the economic benefits of half of its population, the women,” she said.

Ms Lungu said there was need for stakeholders to mobilise resources and forces that would delay child marriages and promote education of the girl-child. She said working together was the only way to break the cycle of poverty which resulted from child marriages.

Ms Lungu appealed to the men and boys to take the lead in fighting the scourge which had continued to rob the girls of opportunities to unlock their full potential.
Zambia Institute of Mass Communication director Oliver Kanene, who is also a ‘Boys and men against child marriage’ advocate, thanked the First Lady for her commitment to ending child marriages.