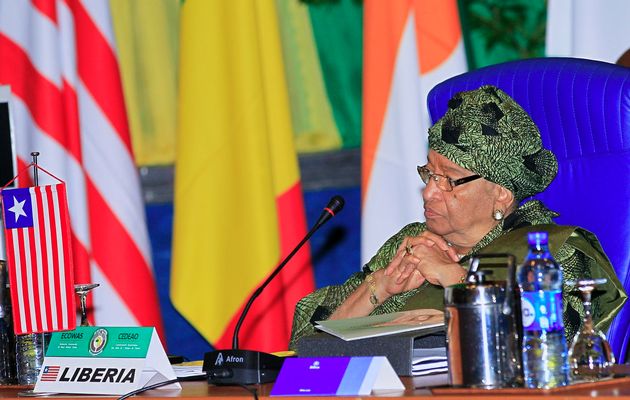 President Ellen Johnson-Sirleaf has sanctioned several government officials for failing to file their Income, Assets, and Declaration as reported by the Liberia Anti-Corruption Commission (LACC).

It can be recalled that while addressing a news conference in Monrovia last month, the LACC through its Executive Chairperson, Cllr. James N. Verdier, announced that the Commission was at the verge of publishing the full listing of those government officials it described as “rebellious” officials for the benefit of the public.

Cllr. Verdier pointed out that the Commission was going submit a list of these “delinquent” and “rebellious” government officials who have not declared or re-declared their assets to President Johnson-Sirleaf.

He also pointed out that the Commission was going to recommend appropriate sanctions prescribed under Executive Order 55 issued by the President.

In the Code of Conduct are incorporated universally accepted principles of good conduct, including selflessness, integrity, diligence, objectivity, accountability and transparency.

Among other things, the Code also warns public officials and public servants against allowing their personal beliefs to conflict with their duties.

According to an Executive Mansion release, government officials, who failed to file their Income, Assets, and Declaration, are suspended for one month on the job will forfeit the salary equivalent for the same period.

The release stated that government officials, who initially filed but failed to re-declare after two years, are suspended on the job, and will forfeit salary equivalent to the period until full compliance.

While taking the action, the Liberian leader commended all government officials who have complied for this exemplary discipline and the contribution which this makes to government’s commitment to transparency and accountability.

The LACC disclosed that 76 Presidential appointees, and public officials/civil servants have not declared their income, assets and liabilities up to June 2014 as required in Part X Count 10.1 of Executive Order #55.

The Commission also disclosed that 51 persons have not re- declared their income, assets and liabilities as required in the Executive Order from January-June 2014.

Others include: Henry B. Yonton, Deputy Minister of Sports, Ministry of Youth and Sports, Ruth Ceaser, Chairman of the Board, National Transit Authority (NTA), George G. Wisner, Executive Director, National Investment Commission (NIC) and Michael Wotorson, Chairman, NIC amongst others.