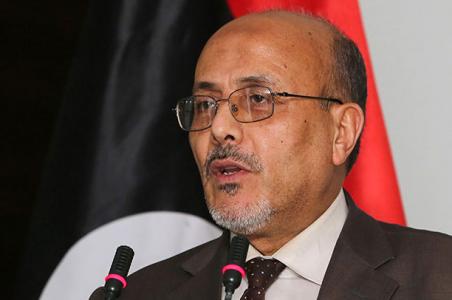 Ahmed Matiq, Libya’s top candidate for the premiership, has been confirmed as the head of the transitional government. Prior to the official announcement, lawmakers argued over the validity of his appointment.

“Ahmed Omar Matiq was appointed head of the transitional government, and asked to form his cabinet and present it to the GNC for a confidence vote within 15 days,” said the decree, which was approved by parliamentary speaker Nuri Au Sahmein and published on the parliament’s website.

It was not immediately clear how lawmakers reached this final decision, given an argument between the deputy parliamentary speakers that ensued after the initial vote count on Sunday gave Ahmed Matiq the lead over opponent Omar al-Hassi.

While the 42-year-old businessman had won 113 of 185 votes – a majority – he had failed to garner the 120 quorum needed according to Libyan law. Libyan TV station al-Ahrar later reported that voting had resumed and that Matiq had won an additional eight votes.

Three weeks ago, ex-Prime Minister al-Thinni quit the premiership, citing an attack by gunmen on his family.

Matiq is Libya’s fifth premier since the downfall of Moammar Gadhafi. Unrest and the prevalence of militant groups continue to inhibit the north African country from restabilizing.

France, the United Kingdom, the United States, Italy and Germany condemn the ongoing attacks by terrorist groups or … see more »